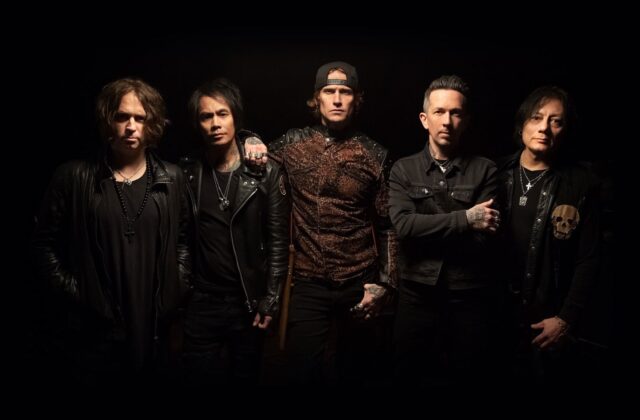 WJRR Presents: Buckcherry coming to Orlando for a show at The Plaza Live on July 9th, 2022 as part of their “Hellbound” Tour! You may know their hits “Crazy Bit*h” and “Lit Up”, but now it’s time to get lit up again and see them perform live! Special guests Gunshine are providing opening support. TICKETS HERE! The band currently consists of lead vocalist and co-founder Josh Todd, lead guitarist Billy Rowe, rhythm guitarist Stevie D., bassist Kelly LeMieux, and drummer Francis Ruiz. Formed in Anaheim, California in 1995, Buckcherry is quintessential to the era of late ‘90s and early 2000’s heavy metal. Turn on a radio during that time and you definitely heard a song from one of their heavy and fast-paced albums. And just like their music, this band churns out headbangers just as quickly.

Collectively, they have released nine whole studio albums. The latest of which, Hellbound (2021), shows that they are still giving it all they have got. I particularly like the more reflective songs on this album, “No More Lies” and “Wasting No More Time” which delve into being born from broken homes and having your whole life filled with pain and regret, but realizing the pain you have lived through gives you the opportunity to grow and change into someone stronger than before. Don’t get the wrong idea though, Buckcherry has proven they still have the same big balls they have had for years with songs like “So Hott” and “Junk” also off the newest album.

Fun Fact: During the 2020 pandemic Josh Todd decided to help out his L.A. community and became a fully certified phlebotomist. For four months, he would be drawing blood from patients for diagnostic testing. Truly, one of the more thoughtful Rockstars! See Buckcherry for one night only at The Plaza Live in Orlando on July 9th!