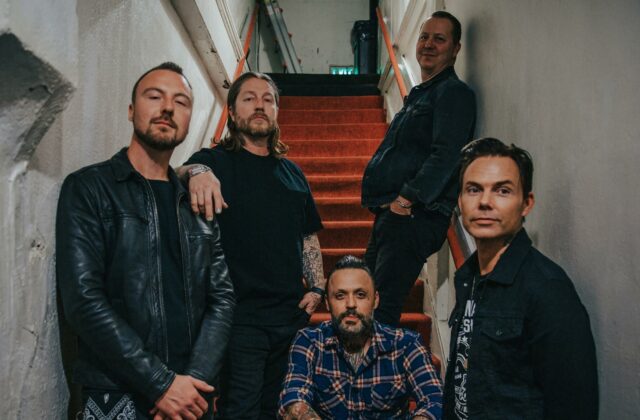 Blue October is on tour across America celebrating the release of their brand new album Spinning The Truth Around (Part I)! Come out and see them on December 9th at the House of Blues Orlando, in Disney Springs. GET TICKETS HERE! Originally from Houston, Texas, the band was formed in 1995 and is currently composed of singer/guitarist Justin Furstenfeld, drummer Jeremy Furstenfeld, multi-instrumentalist Ryan Delahoussaye, bassist Matt Noveskey and lead guitarist Will Knaak. The band is most well known for their platinum hits “Hate Me” and “Into The Ocean” from their 2006 album Foiled. Through their melodious and effervescent yet hard hitting sound coupled with Justin’s emotional and thought provoking lyrics on love and loss, Blue October sets themselves apart. Clearly they are doing something right with over one billion streams and 16 charted hits over 10 albums.

After being around for so long, the group knows change is good. In the case of the newest album Spinning The Truth Around (Part I), Justin has combined their iconic sound with some hip-hop/R&B influence thrown in there to shake things up. Noting early influences like Michael Jackson, Marvin Gaye, and Dave Brubeck, Justin had this to say about the new sound, “If you’re not changing, your shit’s boring. Then again, I’m a picky asshole, I always want to change, always want to evolve into something.”

The new album is a story of love and loss, and reflects heavily off of Justin’s own experiences. He wants to show that love can be complicated, but even in the darkest times of a relationship, things can change for the best and knowing yourself is the greatest triumph of all. Don’t wait, come out and see Blue October, December 9th at the House of Blues in Orlando! GET TICKETS HERE!

We’ve teamed up with Live Nation FL to give you a chance to WIN (2) TICKETS to see BLUE OCTOBER at House of Blues Orlando on Dec 09, 2022!