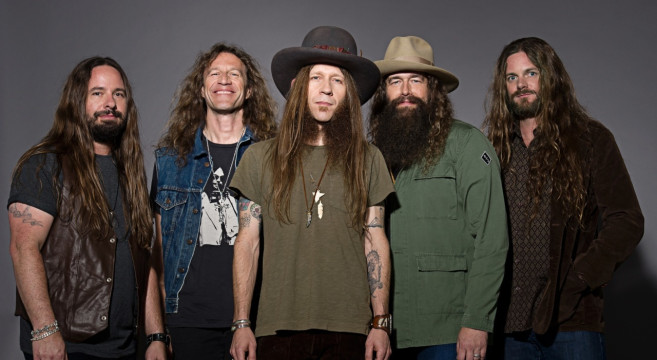 A little over two years ago I was invited to see Blackberry Smoke perform at House of Blues. I went to the show blindly, only knowing that they were a southern rock band from Atlanta. By the end of the show, I realized that there are two types of people in this world, Blackberry Smoke fans and people who have never heard of Blackberry Smoke. You only need to see this band once to be a fan for life. Don’t miss your chance to see these guys live when they play this Saturday, April 25, 2015 at House of Blues Orlando (Win Tickets below). Check out the live version of one of my favorite songs, “Up in Smoke.”

Blackberry Smoke have been playing over 250 shows a year for the past fifteen years which is proof that practice makes perfect because these guys definitely know how to put on a show. After forming in Atlanta in 2000, Blackberry Smoke quickly made a name for themselves by opening for bands like ZZ Top, Zac Brown Band, and Lynyrd Skynyrd. They have created their own unique brand of southern rock that has matured over four studio albums. Their most recent album, Holding All the Roses, was released in February 2015 and it’s their most adventurous effort to date. They felt that with this album they finally had the resources they needed to “make the album they wanted to make.” (Check out the first single “Too High” from Holding All the Roses, below.)

I just recently discovered The Temperance Movement, a band from Glasgow who will be opening the show this Saturday. This blues-rock band played their first show in the states at the legendary Ryman Auditorium in Nashville. Last year, they were hand-picked by Mick Jagger to open for The Rolling Stones in Germany. I watched one of their full concerts this morning and I’m almost more excited to see The Temperance Movement since I have never seen them before. I will be interviewing the band later this week so keep a look out for that. Here is a sweet live performance to help get you acquainted with the band.

Want to win 2 Tickets to BLACKBERRY SMOKE w/ THE TEMPERANCE MOVEMENT at House Of Blues in Orlando, FL on Saturday, April 25, 2015?! There are several ways to enter!*

Get Tickets to Blackberry Smoke In Orlando HERE! (You can always give them to someone else if you win)