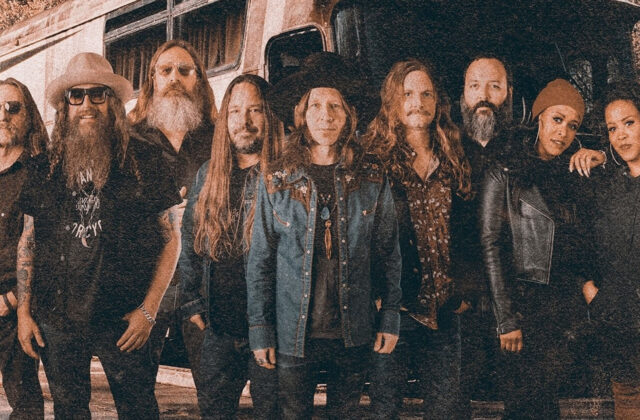 Blackberry Smoke is on tour celebrating the release of their newest album Stoned and blazing to a town near you! On July 15th at Jannus Live in St. Petersburg (TICKETS HERE) AND  July 16th at House of Blues Orlando (TICKETS HERE) you can see the titular musical group that is letting everyone know good old rock and roll never left. Special guest Elizabeth Cook and her band are providing opening support for both 2022 Florida dates. Official show flyers below. Blackberry Smoke is most likely one of the most successful American indie bands of the 21st century. Sounds like a lot right? Not to these good old boys. Formed in Atlanta, Georgia at the turn of the century, the band is made up of Charlie Starr as lead vocals and guitar, Richard Turner on bass, Brit Turner on drums, Paul Jackson on guitar, and Brandon Still tickling the ivories (on keyboard). As it would turn out, their 2014 song “Holding All The Roses” off an album of the same name, would reach number one on the Billboard Album Country Charts, making them the first non-mainstream and independently-released record to hit #1 on the Billboard Country album charts in modern history.

And why wouldn’t they? They’ve toured the world as well as with the likes of ZZ Top, Guns ‘N’ Roses, the Zac Brown Band, and Lynyrd F***ing Skynyrd themselves. For the state of southern rock? Full circle if you ask me.

Their newest album, Stoned is a beautifully made cover-EP of Rolling Stones songs, pun intended. I can only describe their sound as a crunchy, blues, and country infused jam band. And when I say jam band, it is nowhere near an insult. Think Grateful Dead and Lynyrd Skynyrd had a baby born in Atlanta and its Godfather was Willie Nelson. You owe it to yourself to check these guys out. July 15th at Jannus Live in St. Petersburg (TICKETS HERE) AND  July 16th at House of Blues Orlando (TICKETS HERE)!

We’ve teamed up with No Clubs & Live Nation FL to give you a chance to WIN (2) GA TICKETS to BLACKBERRY SMOKE at your choice: Jannus Live in St. Pete, FL on July 15, 2022 OR House Of Blues in Orlando, FL on July 16th!