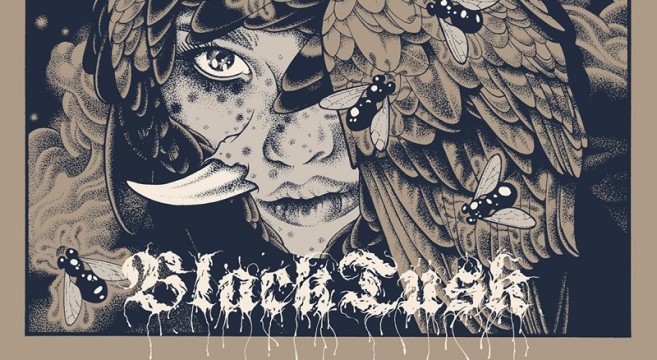 I love our scene and I’ll fight anyone who badmouths it. I grew up in a tropic wasteland to the south of here and retained nothing much more than resentment for the music being spat out of it (what little there was). This show was a great reminder of the musical diversity we get here in Orlando. Four bands took the stage that night.

The first, The Glorious Rebellion, was an Orlando original. They sounded like a odd elixir of Queens of the Stone Age, and if Godsmack knew how to play their instruments properly. It may not sound appealing to some, but these guys are just the right combination of subversion and ready-for-radio-play to keep you interested. And, with matching ensembles, they were easily the best dressed group there by far.

Wills Pub’s atmosphere is always perfect for any band coming through. Their mixed drinks are solid and their selection of beer never ceases to satiate and impress. The crowd kept getting bigger and way more inebriated. The second band came, set up and started, Bhavachakra, another local Orlando group.

Bhavachakra are discord made flesh. Heavy, hard-hitting, and abysmal. They do American black metal properly. I think what I liked most about this group was their utter lack of gimmick. We weren’t standing at your local high school haunt–a bunch of dudes in chain-laden Tripp pants wearing shitty corpse paint. There was no pretense. This was like starting a discourse with some Lovecraftian nightmare, and it was satisfying.

It seemed like everyone I knew was there that night. I ran into a multitude of friends during our drink/smoke/dice rolling breaks between sets. Nothing like Hoodrat shit to get the blood flowing, feel me?

Meatwound was up next, a Tampa-native group that I can only describe as “holy shit.” Meatwound wailed on our ears with their metaphorical musical cudgels like we were rebellious, out of line teenagers looking to start some shit, and needing to be put in our place. Another group that delivers relentlessly aggressive music, coupled with the suave savagery we need. A hopeful sign in a time where these genres seem to be trying desperately to tread water in the overwhelming fjords of everyday musical mediocrity. Godspeed, Meatwound. We await your imminent rise.

By this point in time the crowd had gathered and thickened noticeably. Denim vests worn like armor. The air dense with B.O.. And the stench of 3 dollar tall-boys. Black Tusk started their set. The perfect concoction of hard-hitting and melodic, these dudes sound like they crawled from some preternatural southern swamp. They ran their gamut. The crowd went berserk. By the time “Truth Untold” was played everyone was practically at war with one another.

Towards the back-end of their set they left the stage, only to reemerge a moment later with a bottle of Jim Beam. A homage to their fallen former bass player, Jonathan Athon. After a few ceremonial swigs they handed the bottle to the crowd. I’ve never seem a group of people so mercilessly obliterate a bottle of booze. Black Tusk slayed.

It’s shows like this that get me hyped on the Orlando music scene. Great crowd. Amazing music. Diversity. This I why I love our scene.

If you haven’t heard any of these groups I highly recommend checking them out.