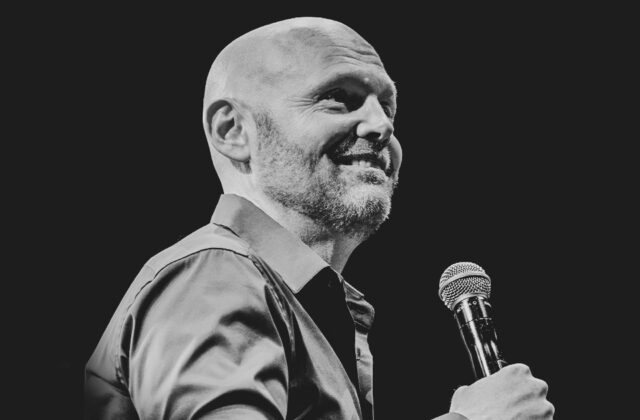 Legendary comedian Bill Burr is touring North America with his “Slight Return” tour, and is coming down to Florida! See him at the Amway Center in downtown Orlando on Saturday, November 19th for a night you won’t soon forget! GET TICKETS HERE! Burr’s style has been anything but polite and politically correct. Rolling Stone called Burr “the undisputed heavyweight champ of rage-fueled humor”. According to the Montreal Gazette, Burr is “a cynic and a contrarian who has never paid any heed to political correctness”. But with over 12 stand up specials, a Grammy AND an Emmy, he is obviously doing something right. Burr has cited Richard Pryor, George Carlin, Sam Kinison, and Patrice O’Neal as influences.

Bill Burr is definitely a man of many hats, as he is not only a stand-up comedian, but also an actor, filmmaker, and podcaster. You have probably seen him as Migs Mayfeld in The Mandalorian, Patrick Kuby in Breaking Bad, or as the voice of Frank Murphy on the hit adult animated series F is for Family, where he is also writer, executive producer, and creator! Since 2007, he has hosted the twice weekly Monday Morning Podcast where he talks about life and occasionally interviews guests and fellow comedians.

Because this is a music publication and this preview is about Bill Burr, I would like to throw in the fact that Mr. Burr is a fellow metal-head, showing his love for bands like AC/DC, Iron Maiden, Led Zeppelin, Metallica, Meshuggah, Ministry, Pantera, and Slayer.

On August 21, 2022 he became the first comedian to perform at Fenway Park, in front of a sold out crowd of around 35,000 people, it was also the largest comedy show in the history of Boston. He has also sold out shows in Madison Square Garden, the Royal Albert Hall, the Los Angeles Forum, and most recently, Red Rocks Amphitheater. On that note, get your tickets NOW! Amway Center in downtown Orlando on Saturday, November 19th! GET TICKETS HERE!

Content Warning: If you’re reading this, you probably know the mouth Bill’s got on him. That being said, these videos have a lot of naughty words and cover topics some may find controversial. But that’s why we’re here right?

We’ve teamed up with Live Nation FL to give you a chance to WIN (2) TICKETS to see BILL BURR at Amway Center in Orlando on November 19, 2022!

We have TWO chances for you to win a pair of tickets—
1. Analog: Stop by The Commission Beer Chamber, find the SIGT Box, and ask the bartender for an entry card.
2. Digital: Follow the instructions below & complete the entry form.