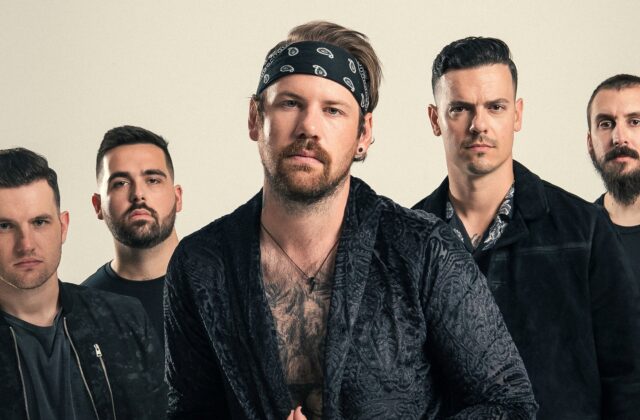 BEARTOOTH is a one-man band in the studio. It began as musical exorcism, conceived in frontman Caleb Shomo’s home recording sanctuary, a means to tame the demons of debilitating depression and anxiety he’s suffered since childhood. Promoting his newest release Below, BEARTOOTH has extended their rock ‘n’ roll derby to include 28 shows on “Belowtour Part 2.” BEARTOOTH’s tour extension comes with the release of a Deluxe edition of their ‘21 gold album, Below. This expanded deluxe album includes bonus tracks increasing the total songs to 32.

BEARTOOTH will steal your lunch money with support from Canadian punk/metal/emo rockers Silverstein! In addition, Dayton, OH natives The Devil Wears Prada will spread their metalcore gospel, and you’ll experience the best of Alabama’s progressive metal with Erra in sunny St. Augustine, Florida. For this edition, Beartooth pushes the boundaries of their sound with new bonus tracks, “Fighting Back” and “Permanently Sealed,” as well as an updated version of hit single “Skin (Alternate Universe Version),” which fuses electronic and organic sounds. It also includes the full, 17-track live recordings from the Live From The Journey Below livestream, recorded at the historic Clyde Theatre in Fort Wayne, Indiana, July 2021.

The Saint Augustine Amphitheater is nestled between downtown and the beautiful beaches of the Atlantic Ocean. Located on Anastasia Island, this five thousand seat venue hosts music of all kinds! The Amp has a camping area for those who wish to keep the party going all night and multiple stages located throughout the grounds to entertain crowds even after the main event has ended.

We’ve teamed up with AEG Southeast to give you a chance to WIN (2) GA TICKETS to BEARTOOTH at THE AMP in St. Augustine, FL on April 19, 2022!