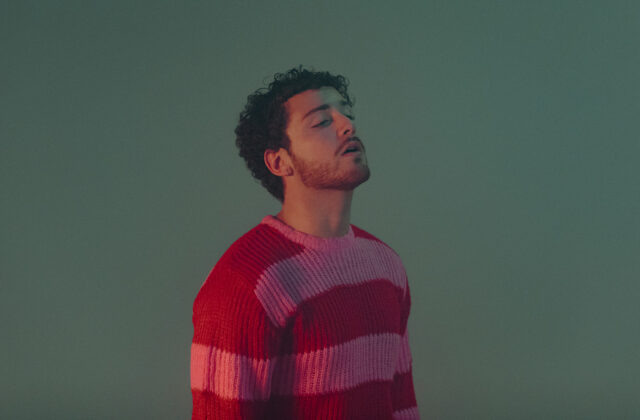 Bazzi is performing on October 22nd at House of Blues Orlando on “The Infinite Dream Tour”! With hits like “Beautiful,” “I.F.L.Y.,” and “Mine,” this young and established pop-star is performing an all ages show that you don’t want to miss! GET TICKETS HERE! Andrew Bazzi (Bazzi) was born in Canton, Michigan. His father was American and his mother was an immigrant from Lebanon. As a child, he learned to play the kazoo, oud, and guitar. He began opening up his musical side to the world in 2012 by posting covers to YouTube. During his senior year of high school, his father and him moved to California where he produced viral hits such as “Alone” and “Beautiful.” Bazzi truly gained popularity in 2018 when one of his songs “Mine” went viral on the apps Music.ly and Snapchat, only a year after it was produced. His first album Cosmic, peaked at number 14 on the Billboard 200 chart in 2018.

Bazzi currently has over 1.9 billion streams to date. His music can be categorized as pop and R&B but is truly known for being from the heart. Bazzi has been praised by Playboy Magazine for his “genre bending…warts-and-all approach to songwriting.” He later improved his artistry by releasing his top 40 hit duet version of “Beautiful” with Camila Cabello which now has over 188 million views. In 2020, he released a string of singles that drove streams around the world. Songs such as “Young & Alive” and “I Don’t Think I’m Okay” have been pulling at heartstrings with authentic confessional lyrics.

Bazzi has continued to create success for himself. He has been acknowledged by The FADER, Billboard, Rolling Stone and has been seen on Jimmy Kimmel LIVE, performed on the Tonight Show with Jimmy Fallon. All the while his streams are in the billions and his shows are consistently selling out. His newest album Infinite Dream launched September 16th including his celestial hit “Heaven” which already has over five million listens. Bazzi is setting forth on his “Infinite Dream Tour” this October, showcasing old and new songs for you to enjoy.

Bazzi will be performing in Orlando on October 22nd. Tickets are $45 GA and the show is all ages accommodating. Doors open at 7:00 PM and the show starts at 8:00PM. Enter our SIGT GIVEAWAY to win tickets for you and a friend!

The HOB Orlando has been a music-lovers staple for entertainment since 1997. Located in Disney Springs, the House Of Blues brings in locals and tourists alike. This venue will not disappoint with its multi-story views, excellent light shows and unbelievable sound quality. Enter the giveaway below or GET TICKETS HERE!

We’ve teamed up with Live Nation FL to give you a chance to WIN (2) TICKETS to see BAZZI at House of Blues Orlando on Oct 22, 2022!