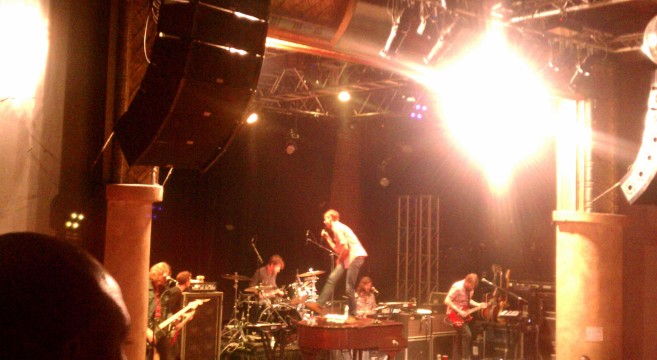 Last Time I saw Mr. Mahon I wrote “his beautiful voice belted out pure honesty over his incredible piano tunes, playing some classics from both Something Corporate and Jack’s Mannequin.” He only played a 20 min set that day; alone with his piano.

4/20 was nothing like that. Andrew had a full band. He played 19 songs. He had new music. Old classics from both catalogs (SoCo & Jack’s)! He sang me to all the places where I found those songs. When I needed them the most. When I sat alone and listened to them on vinyl. And at my work desk, and while jogging, and sitting in my bedroom at my parents house, and taking a drive in my first car or third car… He brought me there and back. I’d shake his hand, and thank him personally if I could. Maybe I’m doing that now in a way; for all those years… Thanks Andrew, you made me feel… again.

The second song he played was “The Mixed Tape.” He began that song from the top of his piano and the top of his lungs… “This is morning… That’s when I spend the most time thinking about what I’ve given up…” Here’s a shitty pic: 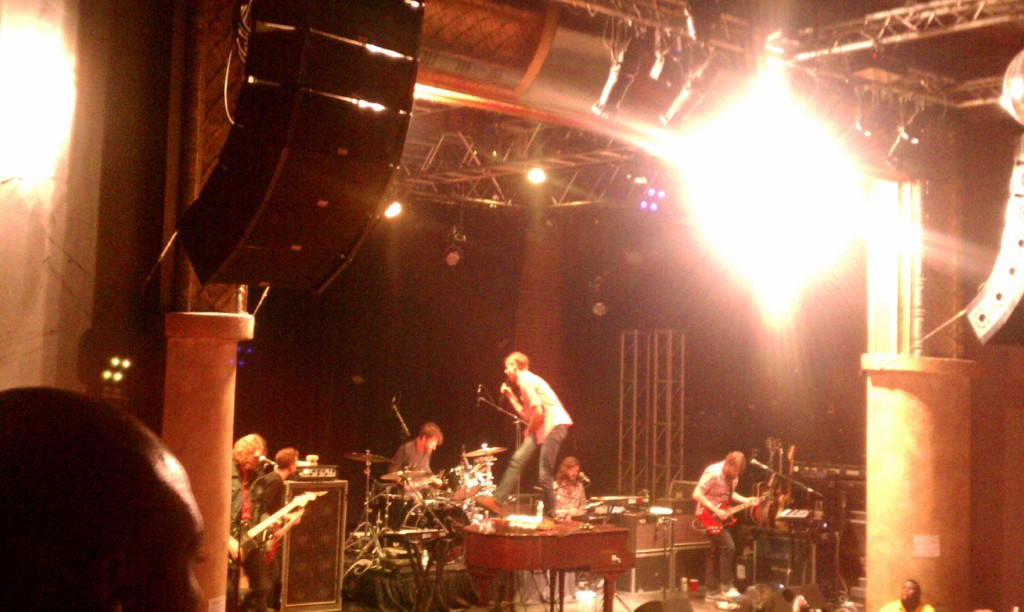 Throughout the next hour and a half, we traveled with him. From those lonely nights where he wrote “Konstatine” to getting cancer and beating it, to putting out the first Jack’s Mannequin record, and all the way to his newest material from his solo start. He had the largest band he’s ever had on stage. A mix of some of his best friends and lifelong musical companions. He smiled a lot. It made me smile a lot. I knew he was exactly where he wanted to be. He seemed especially excited about where he was going. With his new music. His new band. His new opportunity.

Together, him and I and two thousand other people sang classics like “Cavanaugh Park,” “Holiday From Real,” “Bruised,” “If U C Jordan” (fuck you Jordan), “Watch the Sky,” “The Resolution,” “I Woke Up In A Car,” “La La Lie,” and of course, “Dark Blue.” One song I was especially stoked about was “No Man Is An Island.” It was a bonus track on his last Jack’s album, People And Things. It starts out:

No man is an island
When a woman’s his to hold.

Another song I was especially excited about was “Konstatine.” I’ve never seen him play “Konstatine” live. He doesn’t do it much. It’s a ten minute song for Christ’s sake! It’s about his ex, Kourtney, hense the line “I can spell Konfusion with a “K.”” It really hits home with a lot of people. He put a lot into. You can feel him move through emotions as he sings. It’s kind of a masterpiece. I HIGHLY recommend you sit down, put your headphones in, maybe close your eyes, and listen to either of these: “Konstatine” Live Video or watch and read “Konstatine” Video with Lyrics below.

I am really enjoying his new EP The Pop Underground. It’s four songs. Released April 30, 2013. A little more electronic that his previous projects. I’m a excited to see where this goes. I feel like we’ll be hearing a lot from him over the next few years. Check out the first single, “Synesthesia,” below. Andrew McMahon “Synesthesia” Video.

After the show, I walked around to the back of the venue. Apparently a lot of people had this idea. There was a decent size crowd eagerly hoping to catch him for a quick autograph, or photo, or simple “thank you.” Like always, Andrew gave his fans exactly what they wanted (“the reason why I’m still able to do what I do” as he says). There are plenty of pictures on Twitter and Instagram under the hashtags #beacham #amlive #andrewmcmahon #orlando as proof.

He cares. He gets it. I can feel it when he plays. I see it in his posts. His actions speak exactly the same. He loves what he does and will do it as long as anyone else continues to give a shit. Keep up with him on the Andrew McMahon Facebook or the Andrew McMahon Website. Keep giving a shit.

Thanks again Andrew. I’ll always give a shit 🙂