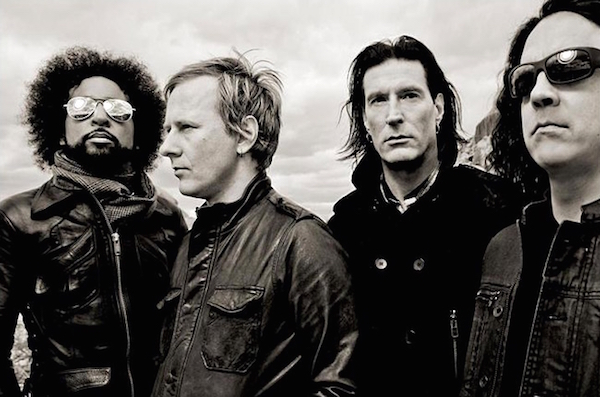 You may have thought that grunge died in the ’90s along with all its associated clothing trends and attitudes, but after seeing Alice in Chains on August 10th at Hard Rock Live in Orlando, I can tell you that grunge is apparently still alive and doing well. There was a huge turnout of fans and we got one hell of a show!

One thing that particularly blew me away was how similar their singer and rhythm guitarist, William DuVall, sounds like the original singer, Layne Staley. They couldn’t have possibly found a better match for that classic Alice in Chains sound! Though I never saw the band live with Staley (this was my first time seeing them), it would be hard for me to imagine a more powerful vocal performance than what DuVall delivered. This was probably best exemplified by “Would?,” my favorite Alice in Chains song. DuVall’s vocals soared valiantly above the chorus of our raging sing-along crowd. I also was compelled to righteously belt the lyrics at the top of my lungs.

Let me not discount the rest of the band by any means. Alice in Chains has a distinct aura to their sound, which few bands could hope to imitate. Jerry Cantrell’s mesmerizing vocal harmonies, along with his haunting guitar riffs, are a resolute pillar of the band and rest like a pyramid atop the sludgy juggernaut bass of Mike Inez, and soul-shaking drums of Sean Kinney.

Only a couple songs were played from each of the two post-Staley albums. The rest of the setlist (we caught a copy of it!) was composed of throwbacks to their albums from the 90’s as you can see below.

Setlist:
Junkhead
Again
Check My Brain
Angry Chair
Man in the Box
Nutshell
Hollow
Them Bones
Stone
Rooster
Got Me Wrong
Down in a Hole
Grind
It Ain’t Like That
Would?
Your Decision
No Excuses
Sunshine
We Die Young

Overall, the show was much more powerful than I could have ever imagined. Alice in Chains is every bit as intense as they were in the ’90s, if not more so. The visual production gave their performance an explosive edge that could easily make most light shows boring by comparison.

I’m really hoping these guys continue to tour and revive the grunge scene. If you get a chance to see them, I would highly recommend it!