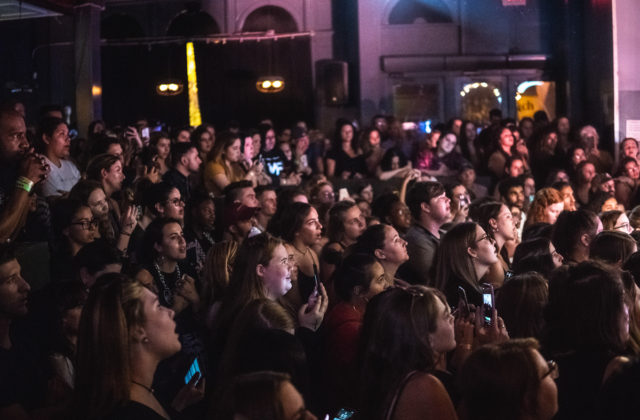 Alec Benjamin is a twenty-four-year-old rising singer and song writer. Most notably known for his song “Let Me Down Slowly,” one version featuring pop star Alessia Cara. This version broke Billboard Hot 100 and even went gold. Finally, after singing in parking lots and posting song on YouTube, Benjamin got his first headline tour. 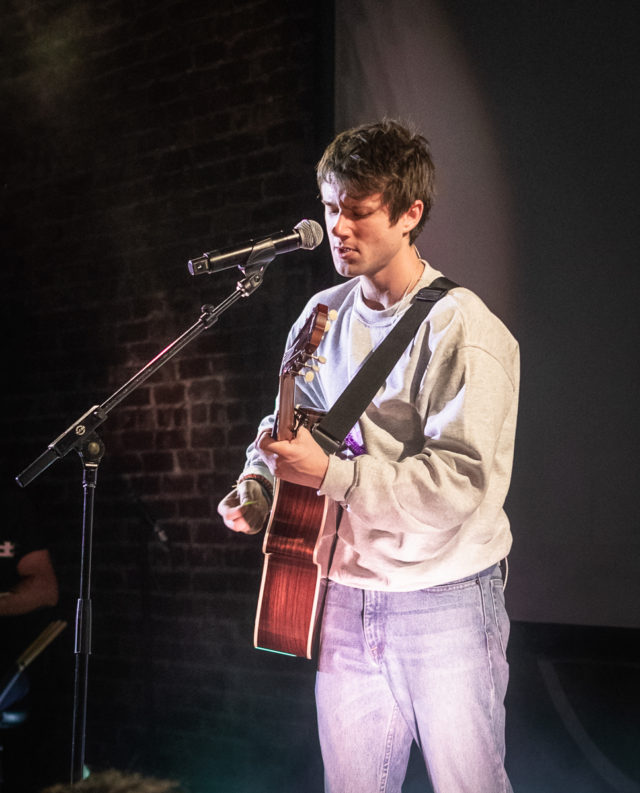 On April 6th, 2019 he put on a sold out show at The Social, here in Orlando Florida. His fans are nothing but dedicated as the line wrapped around the building and one fan said she had been waiting since the late morning. I am a big fan of Alec’s music as well and found myself singing along with some of the fans that sang a couple hits out loud as a group outside in line. 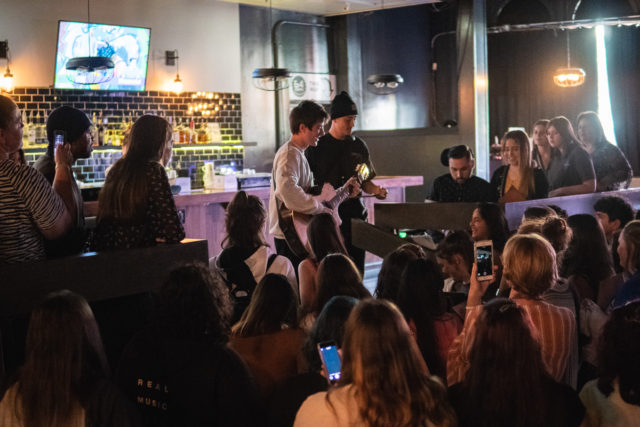 A lucky few obtained VIP tickets where they received merch, a private listening and a meet and greet in a friendly environment. Those lucky few sang along to one of his singles ‘Annabelle’s homework’, which is one of my favorites because of how relatable it is, about how you can’t buy love. There wasn’t a face that didn’t have a smile on it as they met and spoke with Alec at the meet and greet. One fan even said he had been listening to him for years so this was a long time coming. 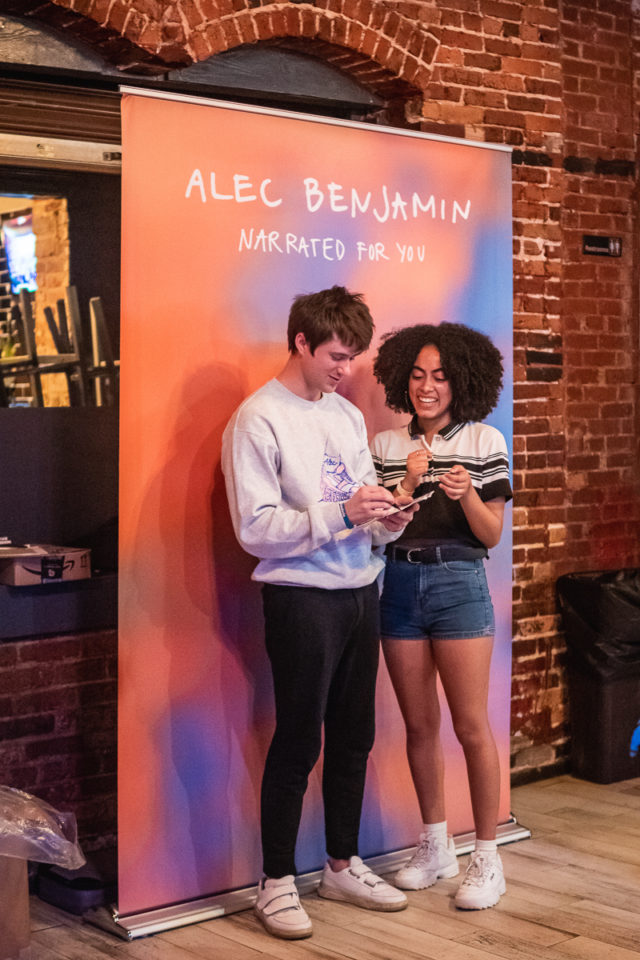 Finally, it was time when doors opened for General Admission. Fans rushed in, trying to get the best spot and view of Benjamin. Before Alexander 23 came on first and opened the show, I hadn’t heard any of his music but by the end of the show I found myself repeating some of his catchy lyrics. Fans screamed and adored him as his sang a variety of songs. The room was small and a nice intimate space for fan; didn’t feel like an artist was performing on stage, felt more like a friend singing a couple of songs because of how genuine Alexander connected with everyone in the room and was. 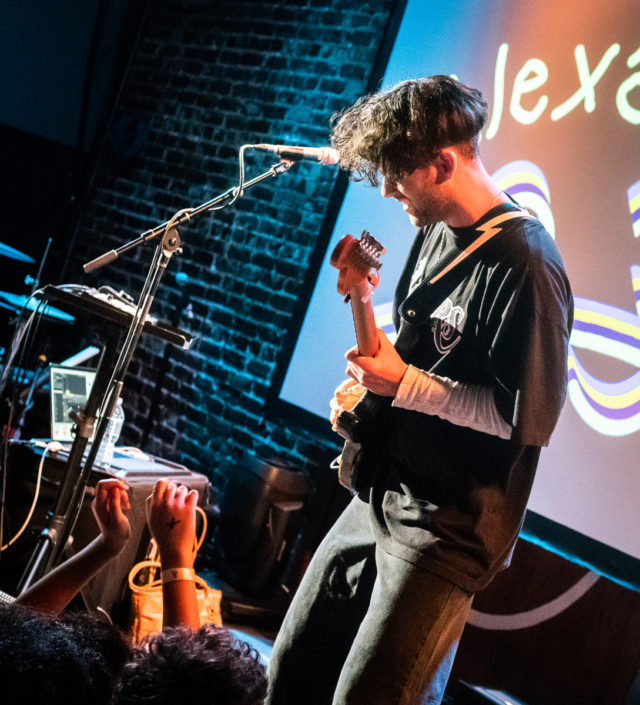 Alexander ended his set with his most popular single, “Dirty Af1’s.” Written about a breakup that resulted from a move to New York. Even though this was his first tour ever, I think Alexander was a seasoned pro and will grow in the future with how well he was able to interact with everyone in the room no matter where you were, and even accepting flowers from a few fans. 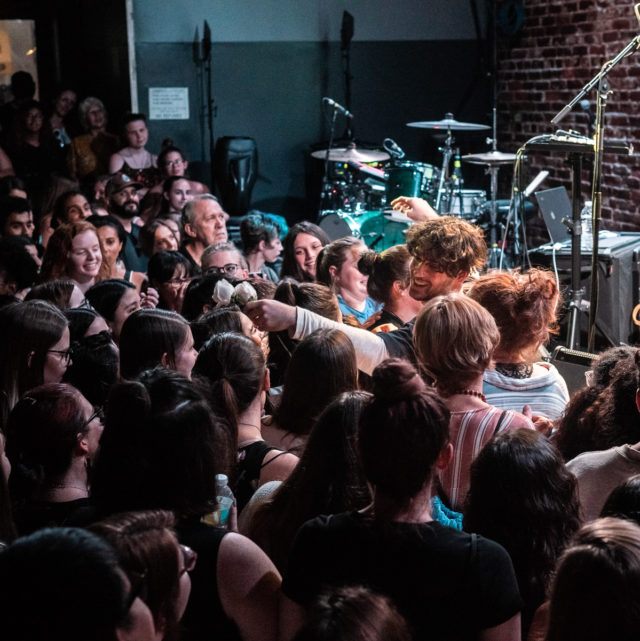 After waiting for countless hours, it was finally time for Alec Benjamin to perform and steal the show. Fans were loud as he came on stage and sang “Outrunning Karma.” A minimalistic and simple song, Outrunning Karma has a strong narrative and emotes emotion that really makes you see the mind and soul of Alec. It was an unbelievable experience to think back to listening to his demos on YouTube when he wasn’t signed to watching him perform old demos live on stage for his headlining tour with everyone in the crowd singing along. The twenty-four-year-old singer, song-writer is a glass window as you truly see inside him through his songs, “If I Killed Someone for You,” “Death of a Hero” and “Water Fountain” as well some of his earlier work “Paper Crown” and “Boy in the Bubble.” 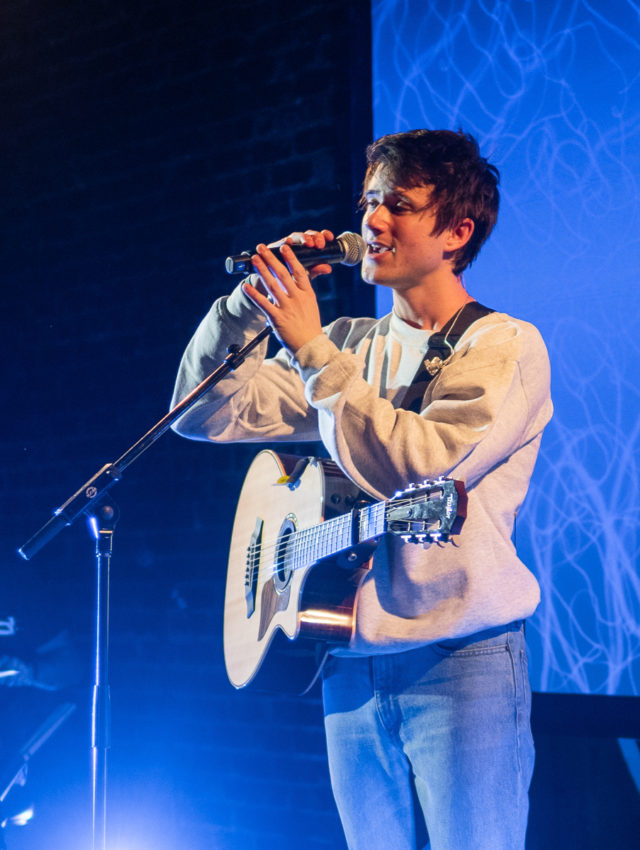 Though most of his song are heavy in nature, Alec really appeals to his audience with his young and funny attitude. Telling jokes and laughable stories, Alec makes his shows feel intimate and personal no matter the size. His heavy influence of Eminem was visible as he performed “Stan,” one of Eminem’s biggest hits. Just when I thought the show was over, there was an encore and he performed “Steve,” an unreleased song from his upcoming new album that will be released in the summer before ending with his number one single “Let Me Down Slowly.” 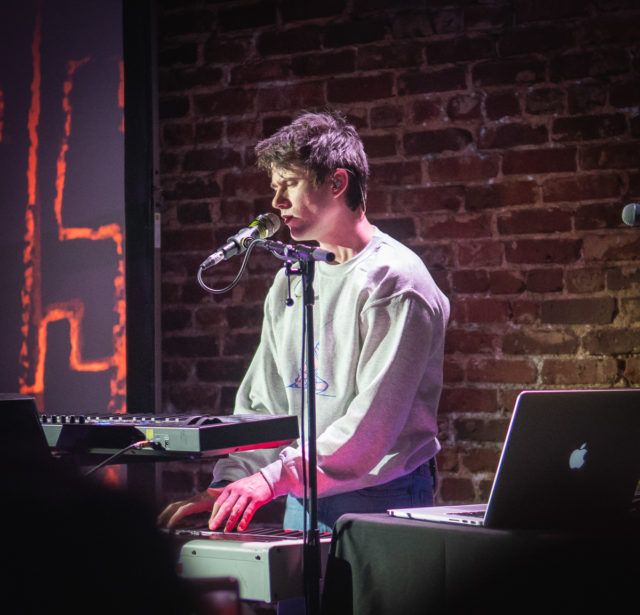 Alec Benjamin is an up and coming talented musician. Though this is only his first own headline tour, it certainly won’t be his last. He is only going to grow with his audience as his music alike. So, if you ever get the chance to see Alec Benjamin preform live, do it! His shows are well done and beautifully sung. Benjamin’s star is going only to get bigger, so try see him while you still can (and it isn’t very expensive to do so). Tour dates below. 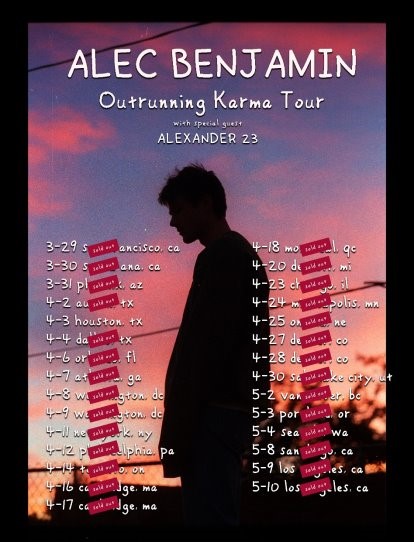