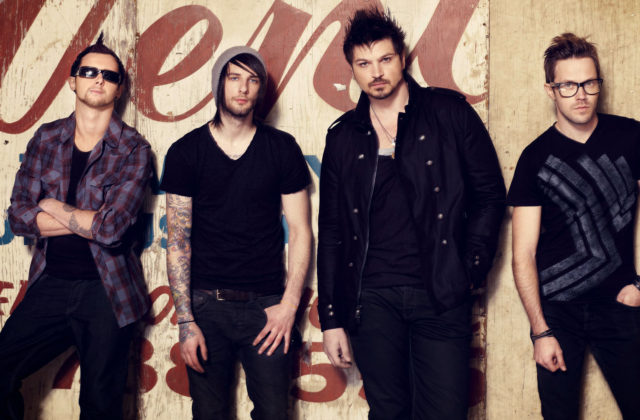 Adelitas Way released a new album in April 2017 after forming just over a decade ago. They are currently featured on Orlando’s 101.1 WJRR and can be heard often on Sirius Octane radio.  They even performed at the WJRR studio back in 2010, along with Welcome to Rockville Festival twice and House of Blues a few times.

I’m glad this band makes it to Florida often.

In the wake of Christina Grimmie’s sad death at The Plaza Live (and the subsequent Pulse shooting), the first show at the venue following the tragedy was significant. After the city painfully mourned and put all their energy into supporting each other that week, we were all in need of some musical uplift. Adelitas Way and Buckcherry were just the ones to raise our spirits.

I was fortunate enough to interview the lead singer of Adelitas Way, Rick Dejesus before their performance.  We went into the band’s past, what they’re working on now, and what the future holds.  I also met another founding member of the group drummer, Trevor Stafford.

They opened with one of their biggest hits “Sick” and then went into a nice hard rock set.  They closed with “Invincible,” which is one of the first songs I heard by them.  I hope Adelita’s Way makes it back to Orlando soon!

Buckcherry headlined the night, starting with their first big hit “Lit Up.”  But the best part of the show was the end— insane renditions of “Crazy Bitch” and “Too Drunk,” along with Icona Pop cover “I Love It” re-worded to “Fuck It.”

It was a fun show, and always a good time at The Plaza Live.