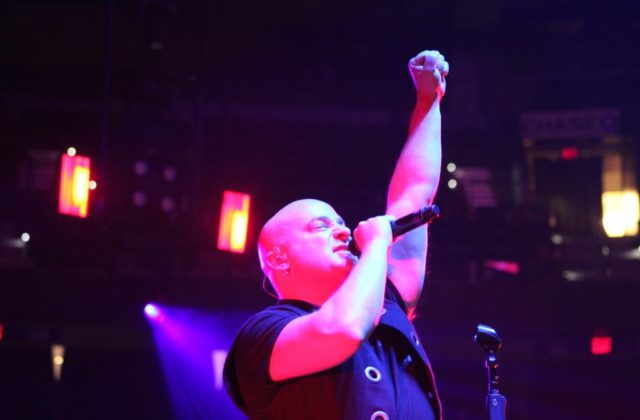 Each year in early Spring the Tampa Bay radio rock station holds their 98Rockfest.  This year’s gathering of bands brought us the return of Disturbed!!! Shinedown, Chevelle, Ghost, Sick Puppies and Pop Evil performed as well.  Having already seen each of these bands other than Ghost, I knew this was going to be a great night of music and live performances. It was also a sold out show, the first for 98Rockfest.

98Rockfest always has an opening stage setup outside of Amalie Arena for about 3 or 4 bands to heat up the show. Unfortunately, they didn’t need to heat up anyone because it was well over 90 degrees out in the sweltering sun that afternoon. The outdoor show is free to anyone which is pretty cool–besides the weather. They also have a merchandise booth set up outside so fans can grab their gear before heading in.

Pop Evil closed the outside stage with a full set of a dozen songs. I’ve seen this band many times before and I think they are finally giving a heavier stage performance than they used too. They played most of their catchy songs from their past two albums, as well as throwing in two from an earlier album. “Boss’s Daughter” is one of my favorite songs by them and luckily they played it, finishing with their latest #1 on Mainstream Rock Charts “Footsteps.”

Next up (inside thank God!), was a band with a brand new lead singer. Sick Puppies is a band I love seeing live. Emma Anzai is one of the most talented and beautiful women in rock and puts on an exciting non-stop show. She is the only original member of the band hailing from Australia. Her stage presence and deep bass playing are great even without their original singer, Shimon Moore, who left in 2014. This band reminds me of Nirvana, similar in only being a 3-piece and that their older albums had more of a grungy feel. They played some of their more recent hits along with a cover of RATM’s “Guerilla Radio.” 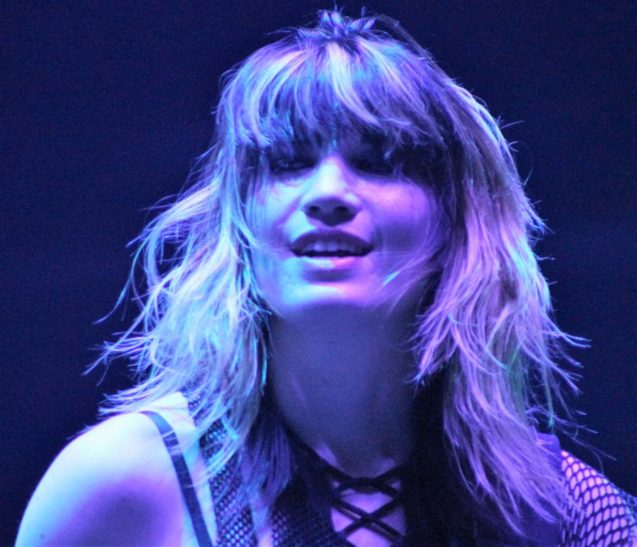 Ghost is the only band I had not seen previously. I think it pretty cool seeing a band with a gimmick. All the instrumentalists wear creepy devil masks to cover their identity. They are only known as the nameless ghouls. The lead singer goes by the name Papa Emeritus III. They put on a decent show with smoke effects; I noticed they had about 20 incense sticks lit. I think the best part of their set was in between songs.  The band is from Sweden, so between some songs Papa would say some funny things and sounded like the Muppets Swedish chef. 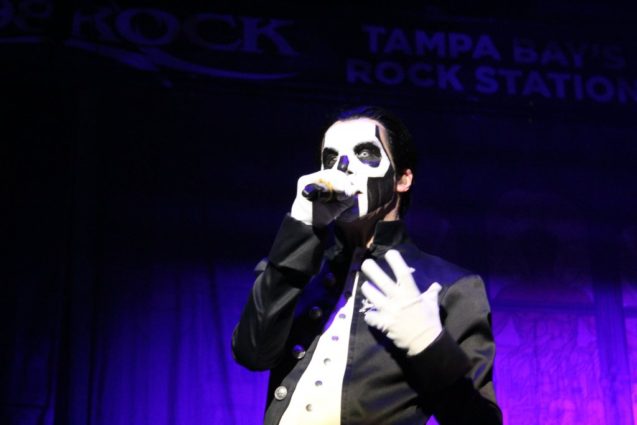 One of my favorite bands came on next. Chevelle is a simple 3-piece which originally were 3 brothers. Pete, Sam, and Joe Loeffler put out three albums until Joe left the band. Dean Bernardini has been providing bass and backing vocals for the past decade. They played an awesome set filled with new and old music.  The first three were off their latest album La Gargola, which I really liked. Later in the set they played their older hits “The Red,” “The Clincher,” and one of my favorites songs of theirs, “Forfeit.”  They closed out the show with probably their most popular song “Send the Pain Below.” If you’re a fan Chevelle, they just announced a July release for the upcoming album and the first 2,016 copies pre-ordered will be signed by the band!

With only two bands left, Shinedown jumped onto the stage with the song “Unity.” The next song was the first song I had ever heard by them, “Fly from the Inside,” it is also my favorite song of theirs. Brent Smith, the lead singer, then wanted to meet everyone so he shook hands and gave hi-fives to all the fans in the front, including me! I think they put on a great show and one of the best parts was hearing their newest songs, “State of My Head” and “Cut the Cord,” which was then quickly followed by the serenade “Second Chance.” They also gave a little tribute and shout out to Prince in heaven. 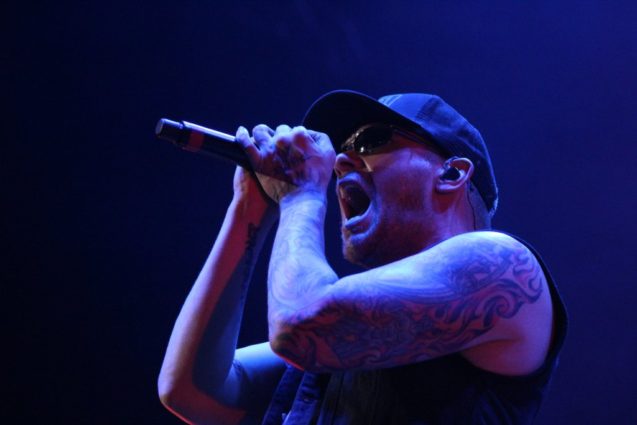 Finally, Disturbed struck the stage. The curtain dropped and BAM! Fire exploding from the very beginning. “Ten Thousand Fists” was the first sound of music blasting thru the speakers. They continued by playing some of their heavier music “The Game,” “Liberate,” and “Stupify.” It brought me back to my high school days. The Sickness is one of my favorite albums by any band and they played four songs from it.  After “Stupify,” the stage went completely dark and they played an eerie instrumental for about 3 minutes when David Draiman asked the crowd to fire up their lighters and “get your cell phones up.”  I guess he is ok with cell phone usage as long as you’re not texting during his show. “Sound of Silence” was the song they played to the flame-and-screen lit audience, using 2 violinists, piano, and timpani drums.  Cool setup but unfortunately I am not a fan of this cover. 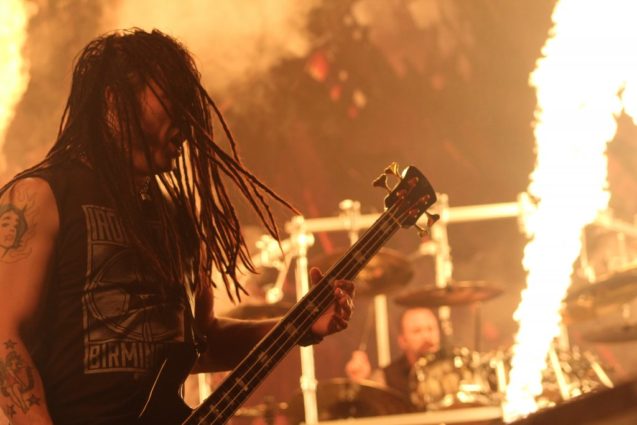 It was time to grab your extinguishers! “Inside the Fire” is not one of my favorite songs, but the stage show is amazing. It must have been the most pyrotechnics I have seen for a single song. There was so much, in fact, I thought they messed up and a curtain was burning that should not have been. I don’t know how drummer Mike Wengren didn’t melt with all that fire.  A few songs later, Disturbed did a medley of covers including “Closer,” “I Still Haven’t Found What I’m Looking For,” “Baba O’Riley,” and “Killing in the Name.”

The show ended with “Down with the Sickness” and Draiman doing his ritual chant. “We are all DISTURBED!” It was an altogether great show. Amalie Arena is a great place to see concerts. I like how they don’t have a barrier down the middle for all the sound wiring. It makes for being on the floor and in the pit even better. Can’t wait for next year’s Rockfest!