Young The Giant w/ Fitz And The Tantrums & COIN in Orlando! 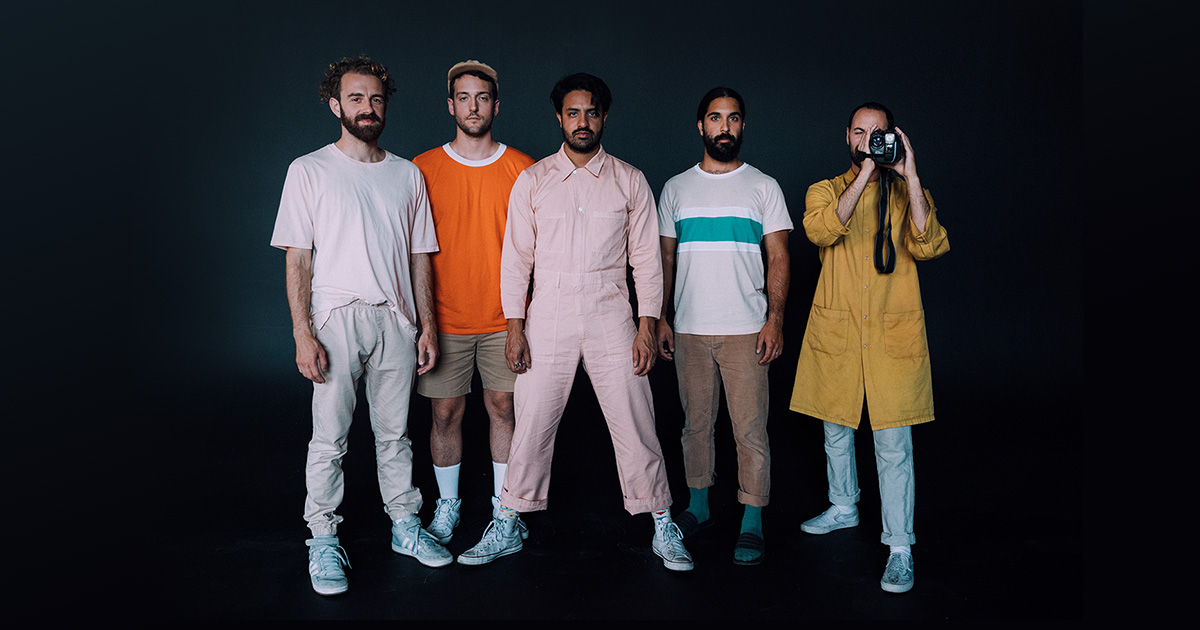 Elektra recording groups Young The Giant and Fitz and the Tantrums have jointly
announced plans for a massive, co-headline summer tour. The two chart-topping bands

– both with roots tracing back to Southern California – will kick off the extensive, cross-
country trek at the iconic Red Rocks Amphitheater in Morrison, CO, on June 12, with
dates continuing into August, including a special, homecoming show at The Forum in Los
Angeles on August 10. Support comes from indie-pop trio COIN (June-July) and indie-alt
songstress Alice Merton (August). Presale begins on Wednesday, February 20, with
general on sale starting on Friday, February 22. Full itinerary below. For more details,
please visit www.YTGFITZ.com

Frontman Sameer Gadhia of Young the Giant said, “It is with great honor that we
announce our Summer 2019 North American Tour with our dear friends Fitz and the
Tantrums! We’re looking forward to returning to some of these iconic venues and
bringing our show outdoors again this summer. Our single “Superposition” is about two
forces becoming one. It’s a song with a message that’s defied odds and garnered an
overwhelming reaction. It’s perfectly fitting, then, that our co-headline concept this
summer is about combining two properties. We are excited to see you out there!”
Frontman Michael “Fitz” Fitzpatrick of Fitz and the Tantrums said, “We couldn’t be more
excited to take over the summer with our friends Young The Giant on this co-headline
tour!   This is going to be a big year for Fitz and the Tantrums. We’ve got a lot of exciting
news to come that we can’t wait to share with our fans.”
This week, Young The Giant has climbed to #1 on the Alternative radio chart with
“Superposition,” the new single off of their latest full length release, “MIRROR
MASTER.” The track is also continuing its ascent on the Shazam Top 100, where it’s one
of the chart’s top 10 rock songs, and likewise, quickly becoming a multi-format success,
entering the top 10 at Triple A radio. The band recently performed “Superposition” on
NBC’s “Late Show with Seth Meyers” to celebrate the kick off of their own headlining
North American tour. The electrifying performance followed previous late night
appearances on ABC’s “Jimmy Kimmel Live” and CBS’ “Late Show with Stephen Colbert.”
Fitz and the Tantrums are currently working on new music for 2019 with further details
to be announced shortly. The band’s most recent release – 2016’s acclaimed “FITZ AND
THE TANTRUMS” – featured the RIAA-certified 2x-Platinum smash “HandClap” which
enjoyed top 5 chart success at multi-format radio outlets nationwide. Likewise, the
song’s official companion video has amassed more than 75 MILLION views to date. “FITZ
AND THE TANTRUMS” was the follow-up to the band’s breakout, major label debut,
2013’s “MORE THAN JUST A DREAM,” highlighted by two back-to-back multi-format hits
in “The Walker” and “Out Of My League,” both of which reached #1 at Alternative Radio
nationwide and certified Platinum by the RIAA.

YOUNG THE GIANT + FITZ AND THE TANTRUMS
NORTH AMERICAN TOUR 2019 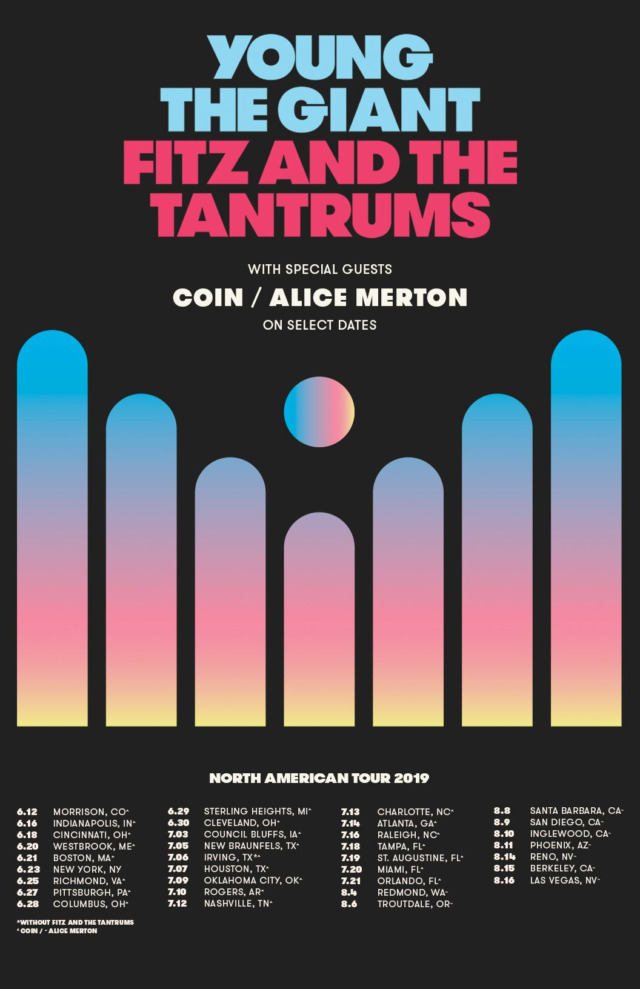