We The Kings in Tampa! 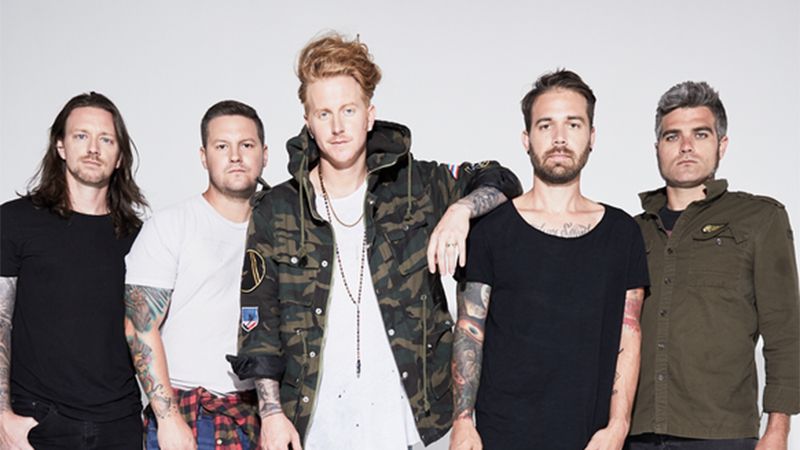 We the Kings are a melodic emo pop band from Bradenton, Florida, a small Southern town that doubles as the home base for Tropicana orange juice. Friends since childhood (the band’s moniker even refers to the name of their junior high school mascot), the four bandmates — singer/guitarist Travis Clark, guitarist Hunter Thomsen, his brother, bassist Drew Thomsen, and drummer Danny Duncan — formed the group while attending high school. Under the guidance of manager Bret Disend, they placed a number of tracks on the social networking site Purevolume in 2007 to build online buzz. Meanwhile, they also pursued a deal with EMI’s imprint S-Curve Records, which eventually signed the group.

We the Kings’ self-titled debut album was produced by Sam Hollander and mixed by Lou Giordano, both of whom had done work with some of emo pop’s most marketable acts, and released in October 2007. “Check Yes Juliet” cracked the Pop 100 that fall, and the group spent much of the following two years on the road, playing shows alongside simpatico bands like the Academy Is… and Hey Monday. They also found time to record a second album, Smile Kid, which arrived in late 2009. Like the band’s debut, Smile Kidspawned a Top 100 single with “We’ll Be a Dream,” which featured guest vocals from Demi Lovato.

We the Kings continued to tour heavily, supporting All Time Low for several months before headlining their own shows at home and abroad. The shows stretched into 2011, by which point the group had already begun work on a third album. Sunshine State of Mind was released that summer. The album marked a shift for the band, as they started to incorporate pop and hip-hop influences into their sound. It was We the Kings’ last album with Drew Thomsen, who was replaced by Charles Trippy on bass. Another new member, Coley O’Toole, joined the band on keyboards and rhythm guitar for the recording of the group’s fourth album, Somewhere Somehow. An acoustic hits album, Stripped, followed in 2014.

The band’s evolving sound was fully realized on 2015’s Strange Love. It featured radio-friendly hip-hop elements and even some disco dance flair on “Love Again,” which brought the band away from an All-American Rejects style and into OneRepublic and Great Big World territory. A year later, the band released a hit cover version of the Lin-Manuel Miranda-penned “The Story of Tonight” from the popular musical Hamilton. In 2018, they returned with their aptly titled sixth studio album Six. Included was the single “On My Love.” Also that year, they spent the summer performing on the final Vans Warped Tour. 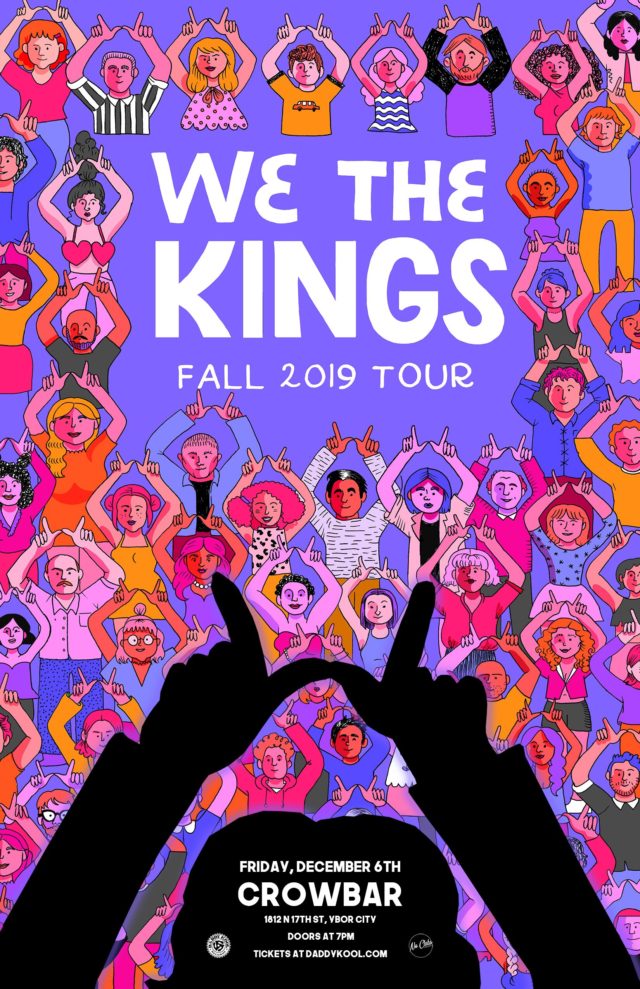