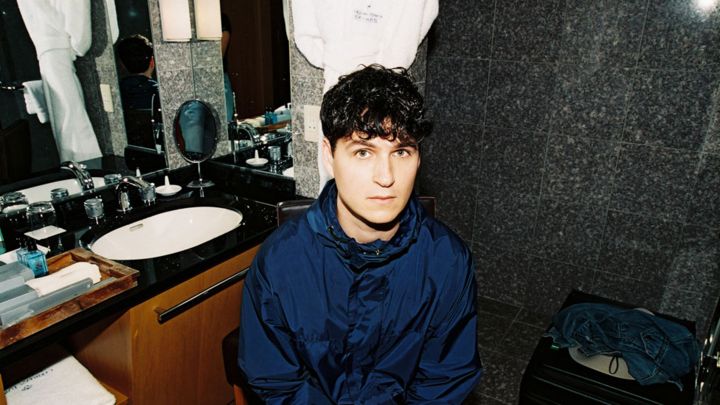 *To ensure tickets get in to the hands of fans and not scalpers or bots, the tour has partnered with Ticketmaster’s Verified Fan platform. Fans can register now through Sunday, February 3 at 12pm local time for the Verified Fan presale. Registered fans who receive a code will have access to purchase tickets before the general public on Tuesday, February 5 at 10am local time through Thursday, February 7 at 10pm local time.
For more information on Verified Fan, visit https://verifiedfan.ticketmaster.com/vampireweekend. Every online ticket purchased by U.S. residents will be accompanied by a physical CD copy of the band’s forthcoming album, Father of the Bride.

Vampire Weekend has confirmed the itinerary of its most ambitious North American tour to date, running May 17 through October 8. Produced by Live Nation, the “Father of the Bride Tour” will feature the band’s biggest headline shows to date, including a September 6 stand at Madison Square Garden, an October 2 stop at the Hollywood Bowl, festival headlines, and their August 25 appearance at the St. Augustine Amphitheatre.

Last week Vampire Weekend released the songs “Harmony Hall” and “2021″ from their upcoming fourth album, Father of the Bride, to an ecstatic critical reaction including accolades from Billboard Magazine, who wrote that the album “sprawls out with lush symphonies, communal vibes aplenty.” Along with Pitchfork stating the album was “buoyant, filled with the kind of sunlit energy created when throwing open the shutters.” Father of the Bride will be released spring 2019 on Columbia Records.

The first band to grace the cover of SPIN magazine before an album was even released; Koenig, Baio, Tomson and former member Rostam Batmanglij met in 2005 at Columbia University in New York City. “Even without an album, Vampire Weekend has made one of the year’s most impressive debuts,” said The New York Times of the band’s earliest recordings. The accolades continued through the album’s release, as Vampire Weekend appeared on 2008 Top 10 lists of Time, NPR, Rolling Stone, New York Magazine, Pitchfork and countless others, as well as winning the NME award for “Best New American Indie/Alternative Band.” The band also made its first of three appearances on Saturday Night Live, as well as debut performances on The Late Show with David Letterman and Jimmy Kimmel Live!

Since their debut, Vampire Weekend have released two additional albums, both of which debuted at #1 and have been certified Gold in the U.S.: 2010’s GRAMMY-nominated Contra, and 2013’s Modern Vampires of the City, which won that year’s GRAMMY for Best Alternative Album.