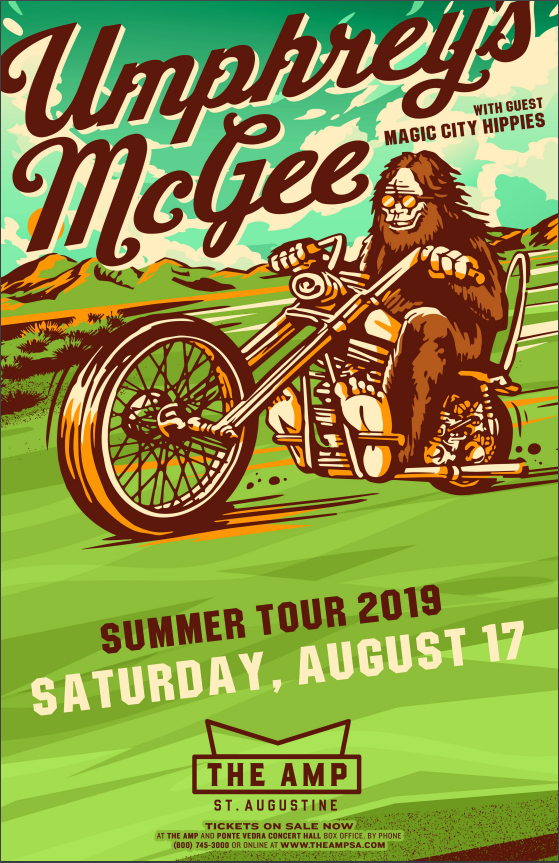 March 19, 2019 (St. Augustine, Fla.) – The Amp is thrilled to welcome the return of progressive jam band Umphrey’s
McGee with special guest Magic City Hippies on Saturday, August 17, 2019. Umphrey’s McGee previously performed at
The Amp last August, 2018. Tickets for Umphrey’s McGee go on sale to the general public this Friday, March 22 at 11am.

The music of Umphrey’s McGee unfolds like an unpredictable conversation between longtime friends. Its six
participants—Brendan Bayliss [guitar, vocals], Jake Cinninger [guitar, vocals], Joel Cummins [keyboards, piano, vocals],
Andy Farag [percussion], Kris Myers [drums, vocals], and Ryan Stasik [bass]—know just how to communicate with each
other on stage and in the studio. A call of progressive guitar wizardry might elicit a response of soft acoustic balladry, or
a funk groove could be answered by explosive percussion. At any moment, heavy guitars can give way to heavier blues
as the boys uncover the elusive nexus between jaw-dropping instrumental virtuosity and airtight song craft.

Over 2,200 gigs and 5 million tracks sold later, they’ve enjoyed countless milestones. 2002 saw them perform at the
first-ever Bonnaroo and sell more CDs than any other act on the bill. They became the “first group to launch its own
single artist streaming service” with UMLive.net, which houses recordings of every gig since 2005. The service has since
grown and now lives on through Nugs.net, which is used by the likes of Pearl Jam, Bruce Springsteen and more. They
recorded ten tracks in one day at Abbey Road for The London Session in 2015. Notably, 2016’s ZONKEY mashed-up the
strangest of bedfellows into a critically acclaimed collection that unites Radiohead and Beck, The Weeknd and Fleetwood
Mac, Talking Heads and Bob Marley, Metallica and Gorillaz, and more. That adventurousness extends to their legendary
audience immersion experiences. From their initial bar gigs in 1998 to three-nights playing to packed crowds at the
legendary Red Rocks Amphitheatre in 2017, the group have simultaneously remained intensely committed to their fans.
In 2017, they stepped into another realm altogether by integrating themselves into the VR Platform Endless Riff.

Magic City Hippies began as a one-man band playing for the co-ed party scene on the streets of Miami — serenading the
20-somethings with a mix of old- school hip-hop covers and breezy pop originals. After months of stealing electricity and
stirring up crowds of passers-by with his loop-based setup, Robby Hunter was given an ultimatum by the local police: to
cease and desist from street performance or to get a gig at a “real bar.” Finding sanctuary in the neighborhood dive,
Hunter enlisted the support of multi-instrumentalists Pat Howard (drums) and John Coughlin (guitar) for a regular

Friday night gig (that paid, of course, in free beer). The trio dubbed themselves Robby Hunter Band and released a self-
produced, widely acclaimed debut LP in 2013 entitled Magic City Hippies, which included the beachy Hype Machine-
topper “Corazón” alongside indie blog hits ”Hard On Me” and “BUST.” Encouraged by the international reach and positive reception of their debut, they decided to expand their sound and approach under the better-fitting moniker Magic City
Hippies (after the title of their debut LP). 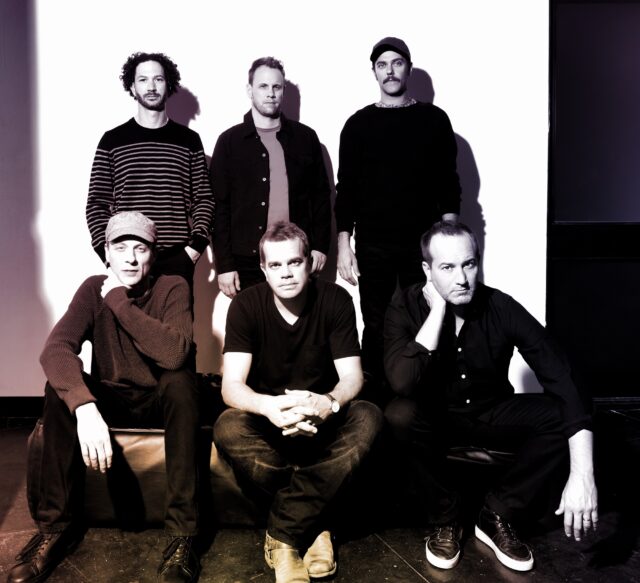