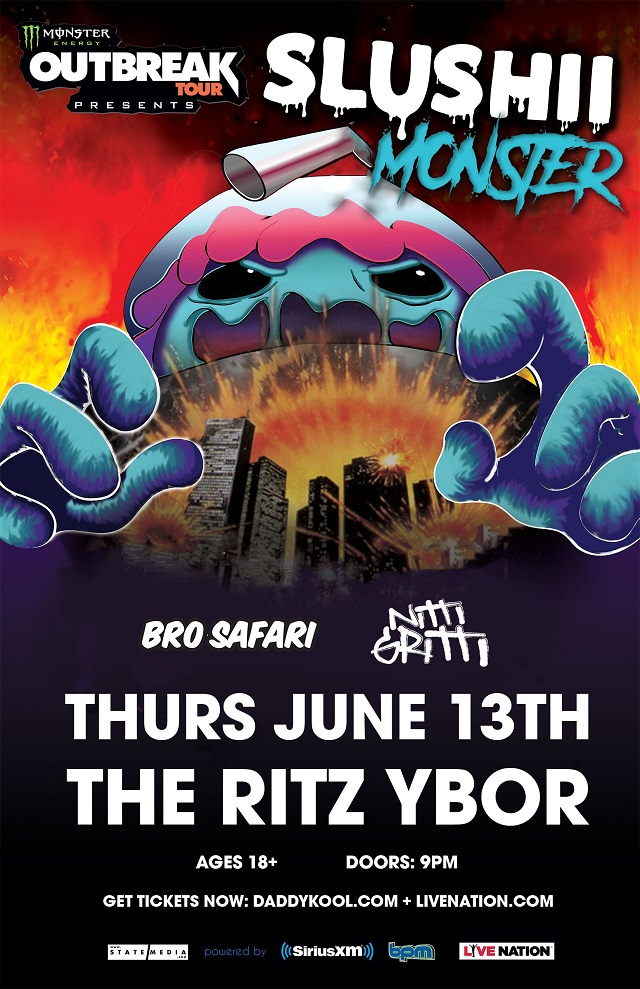 Boasting a cool 2.4 million monthly listeners on Spotify and amassing a loyal live following, Slushii has proven himself a force to be reckoned with in the electronic music scene. His latest collaboration “Never Let You Go” [Big Beat/Atlantic Records] features Latin pop star Sofia Reyes and racked up over 2 million streams and over 8 million official music video views on YouTube in just two weeks following its January 18 release. This is an impressive feat considering it was his first major label release and pop crossover record. He has also worked on collaborations and remixes co-signed by some of today’s biggest artists including Marshmello, Charlie Puth, BTS and more. Having performed at major festivals including mainstage at EDC Las Vegas and Tomorrowland, Ultra Miami, Reading + Leeds, HARD Summer and more, Slushii’s electrifying stage presence has the power to transform any crowd into a party.

“I have always loved the Monster Energy Outbreak Tour, so when they approached me to headline, I was so excited. Like literally shaking! I can’t wait to hit the road and perform my tracks, new and old, for the fans,” says Slushii.

About Slishii: One check of Slushii’s ever-growing record of credentials and there’s no doubt the 20-year-old, forward-thinker is the future of electronic dance music. To describe Slushii’s ascent as meteoric would be an understatement — in just two years since he emerged on the scene, he’s brought his vibrant, textured sonics to five continents and countless countries, with three headlining tours already under his belt. Slushii has electrified festival crowds everywhere from EDC Las Vegas to Germany’s Parookaville, Tomorrowland to Lollapalooza, all while holding down residencies at some of the world’s most renowned clubs, including Intrigue and Encore Beach Club. His rap sheet doesn’t end at his relentless touring itinerary either. Massive collaborations and remixes co-signed by the likes of Marshmello, Maroon 5, French Montana and more make Slushii a dominating force in the digital streaming landscape, as he continues to flex his ultra-versatile production capabilities with everything from poolside pop to punishing trap products. Touted as the next generation’s torch-carrier by the likes of Tiesto, Steve Aoki, and Skrillex, Slushii has closed out an unforgettable breakout chapter of his career in 2018. He started the year off white-hot with the release of There x2 featuring Marshmello that raked in impressive streaming numbers across all platforms and climbing. He followed that up with a seven-track dubstep EP, Find Your Wings, and a momentous return to Ultra Music Festival in Miami. Slushii has come an immeasurably long way since his 2016 chart-topping debut EP Brainfreeze, and now that the bright young beatsmith has truly found his stride, there’s no chance of him cooling down any time soon. 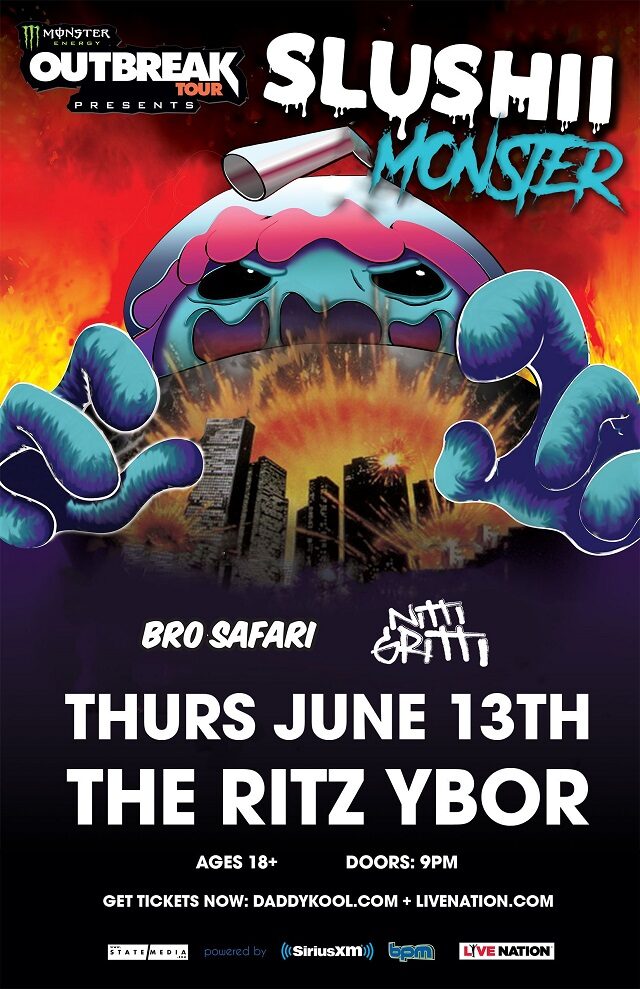