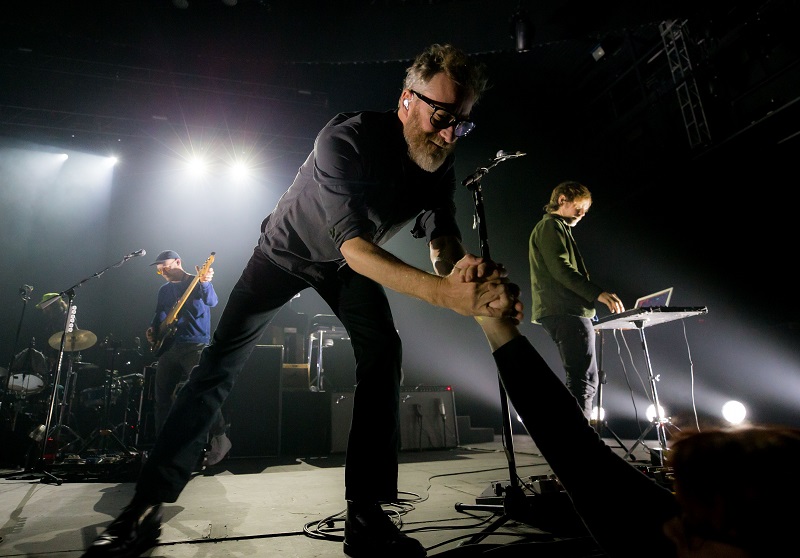 GRAMMY AWARD-WINNING INDIE BAND THE NATIONAL RETURNS TO THE AMP
ON JUNE 17, 2019 WITH GUEST COURTNEY BARNETT IN THEIR ONLY
FLORIDA APPEARANCE THIS SUMMER

March 5, 2019 (St. Augustine, Fla.) – The Amp, in partnership with The Foundation and JaxLive, proudly welcomes the return of
Grammy award-winning indie group The National to The Amp on Monday, June 17, 2019 in the tour’s only Florida appearance this summer.
Special guest opening act will be Courtney Barnett. Tickets for The National with special guest Courtney Barnett go on sale this Friday, March
8 at 10 a.m.

Today The National announced I Am Easy To Find due out May 17th on 4AD along with opening track “You Had Your Soul With You”
featuring the vocals of longtime David Bowie collaborator Gail Ann Dorsey. I Am Easy To Find is the band’s eighth studio album and the
follow-up to 2017’s GRAMMY award-winning release Sleep Well Beast. Pre-order the album I Am Easy To Find HERE and watch film trailer
HERE.

The National have established themselves as mainstays of arenas and festivals with sold-out performances and headlining slots around the
world. With the release of their most recent album, 2017 GRAMMY award-winning Sleep Well Beast, The National achieved their highest
chart position in the US to date, coming in at #2 on the Billboard Top 200. In addition they scored #1’s in the UK, Ireland, Portugal and
Canada and their highest chart position ever in a total of eleven countries. The National also claimed their first #1 at commercial radio on the
Triple-A radio chart with “The System Only Dreams in Total Darkness.” The songs off Sleep Well Beast are instantly recognizable as The
National, but their sound has evolved and expanded.

“We didn’t feel like rushing it,” says Aaron Dessner, who produced Sleep Well Beast. “People thought the National went away, but we were
just working on ideas.” With members now living in five different cities, the band made an extra effort to get together in the same room –
sometimes in studios in upstate New York, or out in Los Angeles. “We’ve always worked on demos together,” explains Bryce Dessner
(guitar). “But this time we were actually in the same physical space doing it.” “When we all lived in Brooklyn we rarely did these kinds of
week-long sessions,” says Scott Devendorf (bass guitar). “This time we got together for long stretches, just to mess around and experiment
without deadlines or distractions.”

Both individually and collectively The National’s members have been involved in countless artistic, charitable and socio-political pursuits.
The group released “A Lot of Sorrow” documenting their collaboration with installation artist Ragnar Kjartansson, which took place at
MOMA’s PS1 and saw the band play their song “Sorrow” for six hours in front of a live audience. They are behind the Red Hot benefit albums
Dark Was The Night and Day Of The Dead, and the compilation boxed set titled 7-Inches for Planned Parenthood. Band members have
received a Golden Globe Nomination for work on the score of the 2015 film “Revenant”, founded or play a major part in MusicNow, Eaux
Claires and Haven Festival and Boston Calling, and participated heavily in both Obama Presidential Campaigns, and much more. The
National consists of Matt Berninger (vocals) fronting two pairs of brothers: Aaron (guitar, bass, piano) and Bryce Dessner (guitar, piano),
and Scott (bass, guitar) and Bryan Devendorf (drums).

Courtney Barnett is one of the most distinctive and compelling voices in indie rock, a singer-songwriter who mixes deeply insightful
observations with devastating self-assessment. With countless awards in her home of Australia as well as Grammy and BRIT nominations,
fawning press and an adoring audiences, Barnett’s rise to global prominence feels both unprecedented and important. Music fans have rarely
witnessed the breathless acclaim and superlatives that comprised reviews of Barnett’s debut album Sometimes I Sit And Think, And
Sometimes I Just Think — Rolling Stone praised her as “one of the sharpest, most original songwriters around — at any level, in any genre… a
self-strafing humorist á la Lena Dunham who’s also a Dylan-style word ninja.”

Tickets for The National with special guest Courtney Barnett will go on sale this Friday, March 8 at 10am at the The Amp and Ponte
Vedra Concert Hall Box Offices. Save on fees by purchasing tickets directly from the Box Offices, have first pick when tickets go on sale at 10
a.m. and join the The Amp staff for a special on sale party featuring free coffee and show posters starting at 8:30 a.m. Tickets will also be
available at ticketmaster.com or by phone at 800-745-3000. 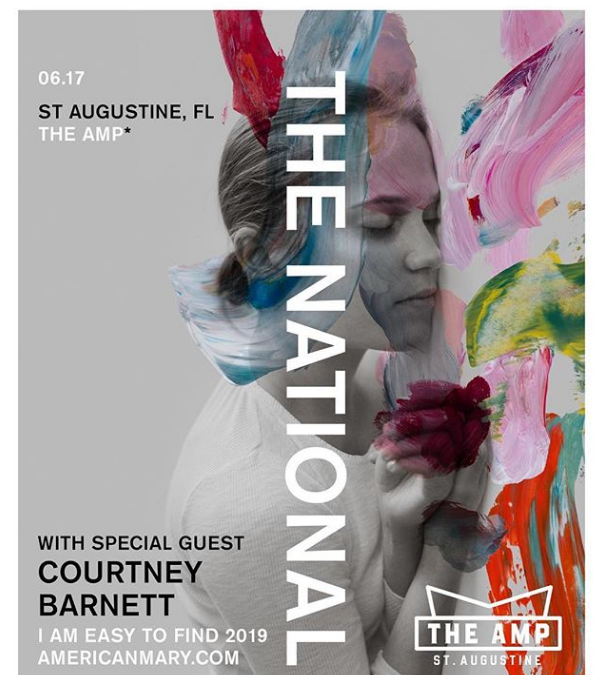