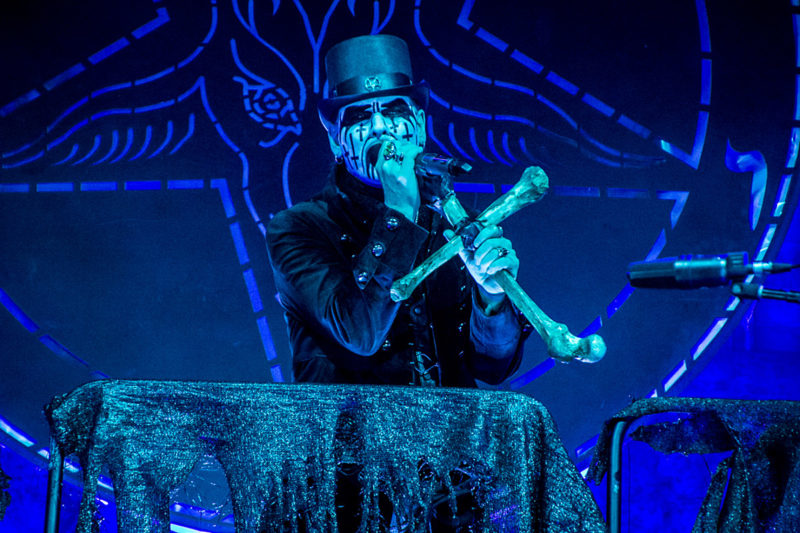 Widely regarded as one of the finest vocalists in all of metal (who possesses a multi-octave range), Danish theatrical rocker King Diamond first rose to prominence as a member of gothic black metal group Mercyful Fate before launching a solo career in 1986. Known for his elastic falsetto, distinctive face-paint, occult leanings, femur- and tibia bone-adorned microphone stand, and seminal 1987 concept album Abigail, Diamond is one of late 20th and early 21st century most iconic heavy metal figures, issuing a slew of quality, narrative-driven albums, including Conspiracy (1989), The Graveyard(1996), Abigail II: the Revenge, and Give Me Your Soul…Please (2007), the latter of which earned a Grammy nomination.

Born Kim Bendix Petersen in Denmark on June 14, 1956, the future King Diamond was originally drawn to theatrically based hard rock due to such trailblazers as Alice Cooper, and soon began fronting local bands in the ’70s, including a punk-metal outfit called the Brats. Shortly thereafter, the group mutated into Mercyful Fate, consisting of members Hank Shermann (guitar), Michael Denner (guitar), Timi Hansen (bass), and Kim Ruzz (drums), in addition to Diamond. Diamond, by this time, had developed an interest in the occult, which was reflected in the new group’s subject matter, as the frontman began wearing makeup (which resembled a cross between his hero Cooper and Kiss’ Gene Simmons).

After several demos made their way across Europe (even reaching America via an underground tape-trading network among metalheads), Mercyful Fate issued a self-titled four-track EP before inking a recording contract with Roadrunner Records. The quintet issued a pair of thrash metal classics, 1983’s Melissa and 1984’s Don’t Break the Oath, as Diamond’s Satanic lyrics created quite a stir at the time with outsiders. Despite a promising future, Mercyful Fate broke up when a common musical style couldn’t be agreed on (Diamond wanted to continue with thrash metal, while a few of the others wanted to explore more mainstream-oriented hard rock).

Undeterred, Diamond launched a solo project, which was almost identical in approach, both musically and visually, to his former band. The group’s original lineup included such former Mercyful Fate bandmates as Hansen and Denner, but over time, bandmembers would come and go (the only constant member besides their leader has been guitarist Andy LaRocque). King Diamond’s first three solo releases, 1986’s Fatal Portrait, 1987’s Abigail, and 1988’s Them, are widely considered to be Diamond’s finest, as the singer continued to issue further releases until the early ’90s (1989’s Conspiracy, 1990’s The Eye). It was also around this time that Diamondfound his name embroiled in controversy — due to a Geraldo Rivera TV special on music with supposed “hidden messages,” and Kiss’ Simmons served a lawsuit against the singer, claiming that the makeup design Diamond had been using too closely resembled the one that Simmons used in the ’70s and early ’80s, which resulted in an out of court settlement with Diamond being forced to modify his makeup design.

Come the early ’90s, Mercyful Fate was constantly being name-checked as a prime influence by just about every new thrash and death metal band, which led to a re-formation of the original group (save for drummer Ruzz), and such further releases as 1993’s In the Shadows (which included a remake of their early track, “Return of the Vampire,” with Metallica’s Lars Ulrich sitting in on drums), 1994’s Time, 1996’s Into the Unknown, 1998’s Dead Again, and 1999’s 9. By the middle of the ’90s, Diamond began issuing solo albums again (simultaneously with his Fate output), beginning with 1995’s The Spider’s Lullabye, his first for new label Metal Blade. 1996’s doomy The Graveyard found success on the Finnish charts, as did 1998’s bayou-set witchcraft tale Voodoo. Diamond set his ninth studio effort, House of God, in Southern France to pay homage to the conspiracy-theory-rich commune of Rennes-le-Château, and in 2002 he revisited his most famous narrative with Abigail II: The Revenge. The gory Budapest-based Puppet Master arrived in 2003, followed in 2007 by the Grammy-nominated Give Me Your Soul…Please. Diamond’s musical output was put on hold in 2010 after he underwent triple bypass surgery, but he returned to the stage in 2012 with a triumphant comeback show at the annual Sweden Rock Festival. He lent his signature wail to the song “Room 24” on Danish metallers the Volebeats’ 2013 LP Outlaw Gentlemen & Shady Ladies, which landed him another Grammy nomination, and in 2014, Metal Blade issued Dreams of Horror, a career-spanning two-disc set that collected the best of the group’s Roadrunner years (1986-1990) and their years with Metal Blade following their mid-’90s re-formation. 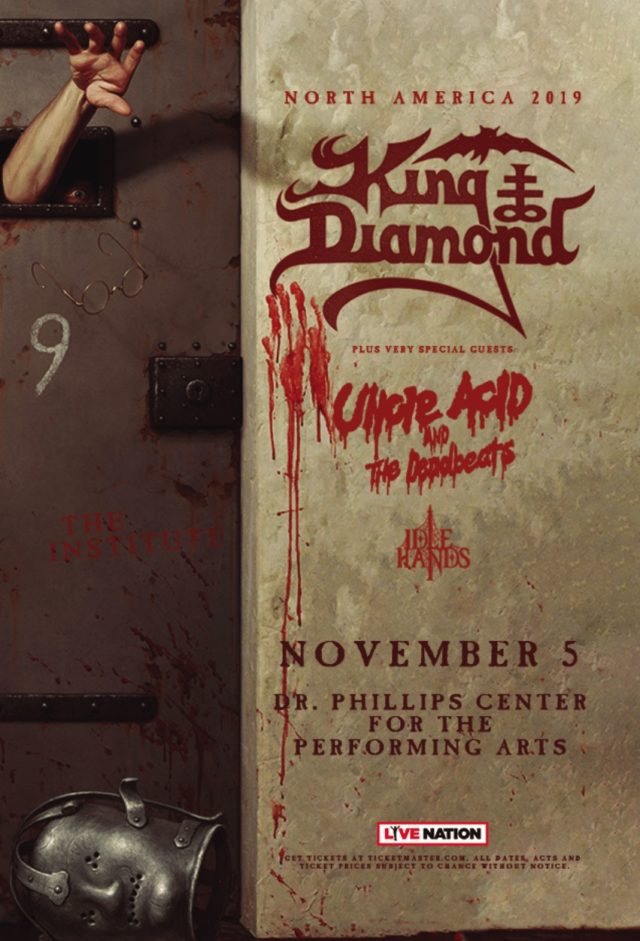 King Diamond in Orlando w/ Uncle Acid And The Deadbeats 2019

2. Unlock this giveaway at sigtmag.com/giveaways with the secret password on pg. 44 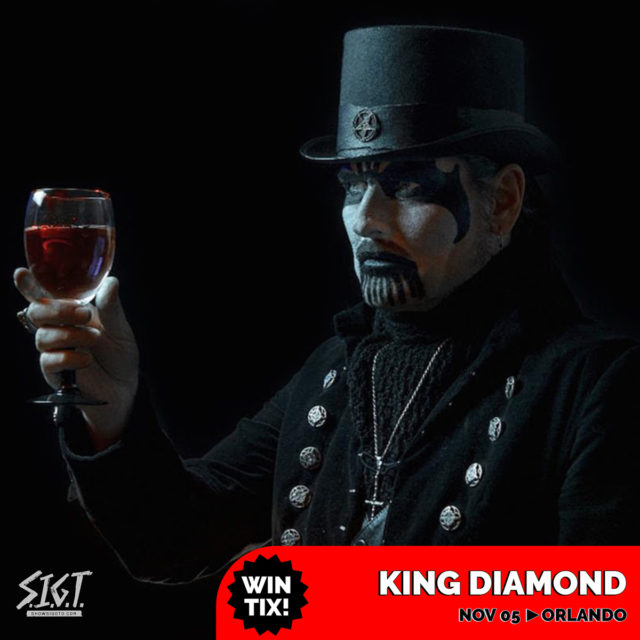