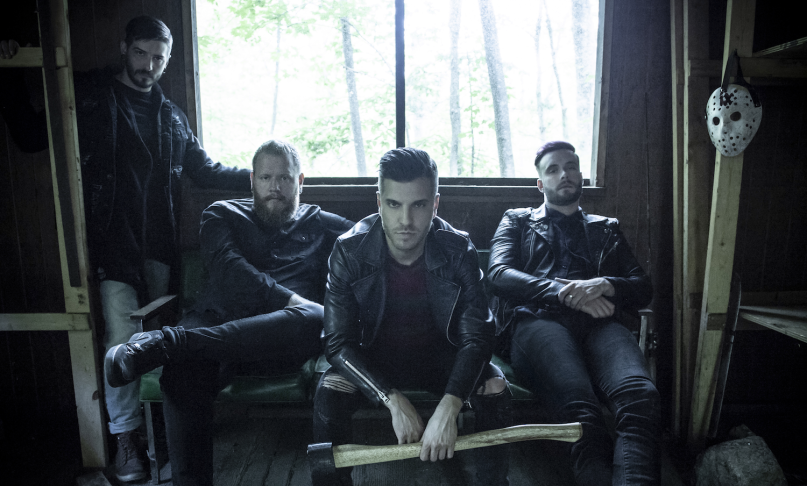 Horror-loving metal outfit Ice Nine Kills combine intense metalcore aggression with a theatrical flair inspired by classic horror films and the occult. Hailing from Boston, Massachusetts, they debuted in the early 2000s, switching through styles before focusing on a melodic hardcore sound that helped push the breakthrough 2015 LP Every Trick in the Book onto the Billboard 200.

Taking their name from ice-nine, the world-ending substance at the heart of Kurt Vonnegut’s classic novel Cat’s Cradle, Ice Nine Kills spent their early days rotating through both members and styles at an impressive clip, dabbling in ska-punk and post-hardcore on self-released albums like The Pop-Punk Ska Years (2002) and Last Chance to Make Amends (2006) before settling on a more stable lineup in 2009, featuring singer Spencer Charnas (the band’s only founding member), guitarists Justin deBlieck and Justin Morrow, bassist Shane Bisnett, and drummer Conor Sullivan. This lineup would shift the band in a heavier, more metal direction with 2010’s Safe Is Just a Shadow, which was released on Ferret Music. Bisnett eventually parted ways with Ice Nine Kills in 2011, with Steve Koch stepping in to replace him on tours with bands like the Word Alive and Issues. An EP, The Predator, followed in 2013.

In late 2015, Ice Nine Kills signed with Fearless Records and issued their breakthrough effort, Every Trick in the Book, the band’s fourth studio LP and first showing on the Billboard 200. In the midst of unrelenting touring, the band issued a re-recorded version of 2010’s Safe Is Just a Shadow and a handful of singles, including “Nature of the Beast” and a cover of “I Don’t Wanna Live Forever.” In 2018, Sullivan parted ways with the group, reducing Ice Nine Kills to a core creative trio. Soon after, they kicked off their next album cycle with the release of “The American Nightmare,” which was inspired by A Nightmare on Elm Street. That theme would inform their fifth album, The Silver Scream, which found them fully embracing their passion for horror classics by crafting 13 tracks inspired by 13 movies, such as Friday the 13th (“Thank God It’s Friday”), Saw (“The Jig Is Up”), and The Shining (“Enjoy Your Slay”). The set debuted in the Top 5 of the U.S. Hard Music and Rock charts, rising into the Top 30 of the Billboard 200. 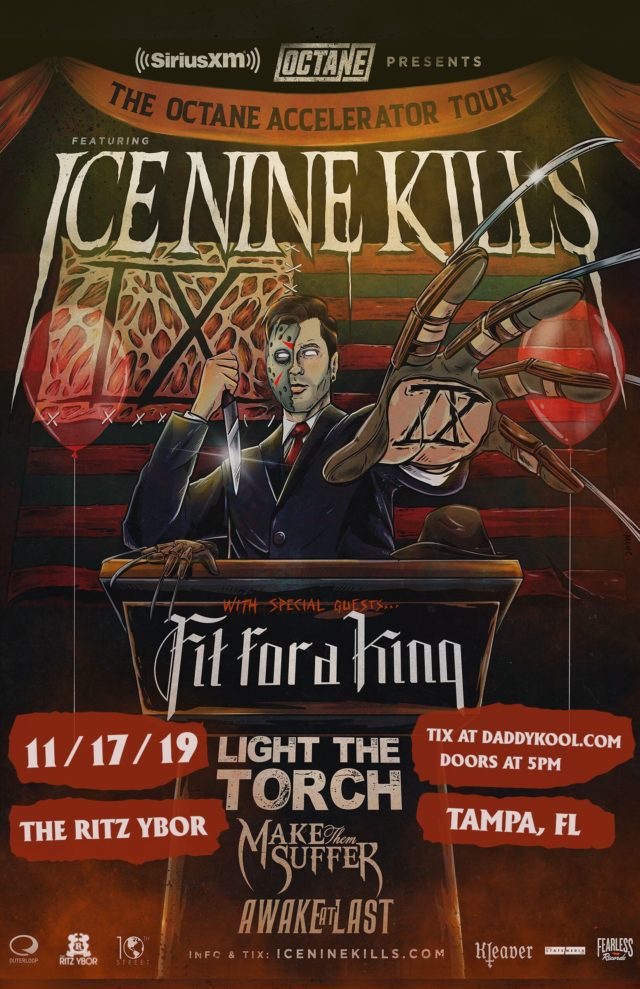