New York-based performer Eric Hutchinson is a singer/songwriter with a knack for witty lyricism and hummable melodies that mix folk and power pop influences. Born and raised in the Maryland suburbs of Washington, D.C., Hutchinson first began performing in public while attending Emerson College, a performing arts-oriented university located in downtown Boston. Between Emerson’s influential campus radio station, WERS, and the thriving local singer/songwriter scene, the guitarist and pianist found enough of an audience for his folk- and jazz-inflected brand of AAA pop (somewhere between Jeff Buckley and John Mayer) to move from Boston to Los Angeles and make a career of it. Hutchinson self-released his debut album, That Could’ve Gone Better, on his own Let’s Break label in summer 2003. The album gained the attention of Madonna’s Warner Bros.-distributed label, Maverick Records, which had previously broken similar artists like Alanis Morissette and Michelle Branch. However, as Hutchinsonwas preparing his major-label debut, Maverick Records became embroiled in a lawsuit with its parent company, which effectively shut down the label. Extricating himself from his Maverick contract took Hutchinson the better part of two years, but he eventually returned to his own label in 2006 with the release of the wryly titled live EP Before I Sold Out.

After the release of Hutchinson’s second studio album, Sounds Like This, in summer 2007, gossip maven Perez Hilton raved about the album on his blog. That one mention on one of the most popular websites in the world sent Sounds Like This into the Top Ten of most downloaded albums online, peaking at number seven in September 2007. Warner Bros. re-released the album in 2008. Hutchinson followed up with the 2012 studio album Moving Up Living Down, featuring the single “Watching You Watch Him.” Two years later, he returned with Pure Fiction on Let’s Break. In 2017, he released his sixth studio album, Easy Street, featuring the single “Anyone Who Knows Me.” Also included on the album were guest appearances from G. Love and Kevin “K.O” Olusola. The following year, he released Modern Happiness, his first album issued under the name Eric Hutchinson & the Believers. 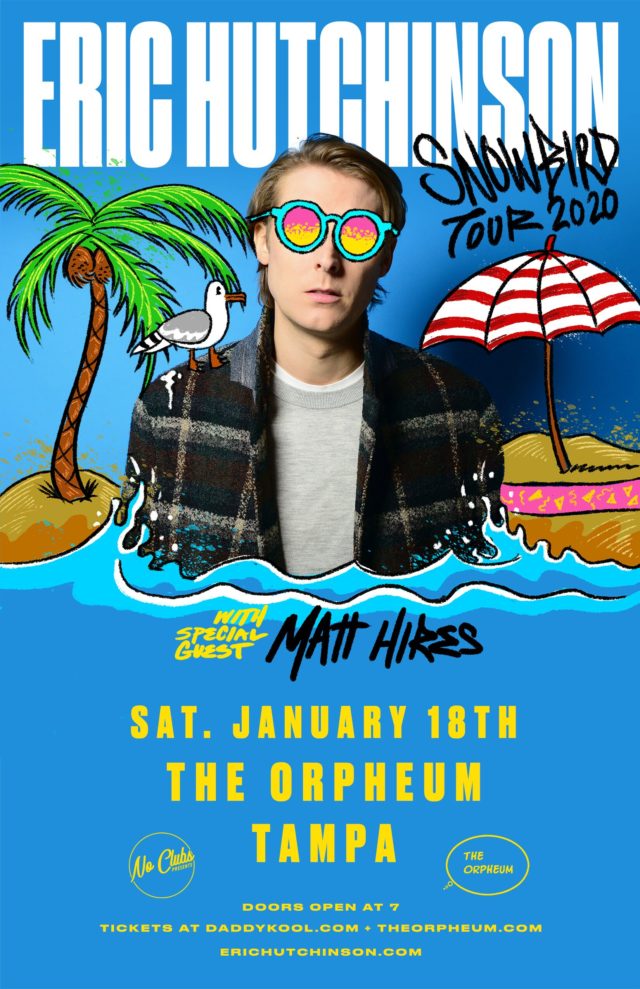