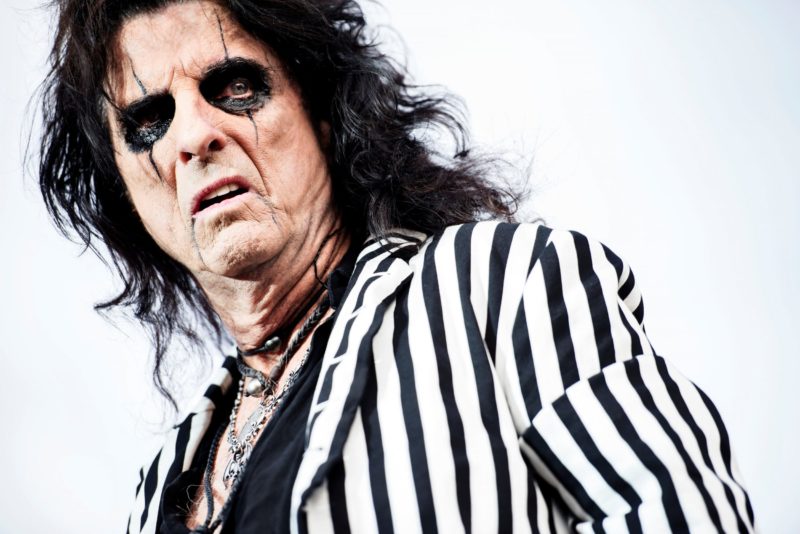 Alice Cooper, original name Vincent Damon Furnier, (born February 4, 1948, Detroit, Michigan, U.S.), American rock musician who pioneered a theatrical form of heavy metal music performance that fused onstage horror dramatics with a raw, dynamic sound and that eventually earned him the sobriquet “the godfather of shock rock.” His shows evolved from frenetic displays culminating in feather pillows being ripped open to ghoulish productions in which he stabbed baby dolls and suffered mock execution, though in his later career such performances came to be more tongue-in-cheek.

Furnier spent his childhood in Detroit but moved to Phoenix, Arizona, when he was in his early teens. He began his musical career when he organized several fellow members of his high school track team into the Earwigs, a band that sang parodies of Beatles songs, originally for a school talent show. Later performing as the Spiders, they continued playing cover versions of well-known rock songs and became locally popular. Shortly after they graduated from high school, the group moved to Los Angeles. They began writing their own songs and changed the band’s name to Alice Cooper. Their performances became stagier, with Furnier, the vocalist, taking on the persona of Alice Cooper. The band came to the attention of Frank Zappa, who released its first two albums—Pretties for You (1969) and Easy Action (1970)—on his own label. Both albums tended more toward psychedelia than hard rock, and neither was successful.

Alice Cooper’s unhinged stage act was anonymously showcased in the 1970 film Diary of a Mad Housewife before the band decamped for Detroit. They honed their music under the direction of producer Bob Ezrin, and their third album, Love It to Death (1971), found an audience and yielded the hit single “I’m Eighteen.” The follow-up, Killer (1971), was another success. The title track of School’s Out (1972) was a Top Ten hit in the United States and reached the top of the British charts. The band achieved its pinnacle with Billion Dollar Babies(1973) and the song “No More Mr. Nice Guy.” However, Muscle of Love, issued later in 1973, was less successful, both commercially and musically, and it proved to be the last album recorded by the band Alice Cooper.

Furnier legally changed his name to Alice Cooper, and he released his first solo album, Welcome to My Nightmare, in 1975. It turned out to be popular, as did its follow-up, Alice Cooper Goes to Hell (1976). His next several albums were disappointments, however, as his addiction to alcohol and cocaine took an increasing toll. After a 1983 hospitalization, Cooper recovered his health and achieved sobriety, and he later regained the spotlight with Constrictor (1986) and Trash (1989). In addition, in the 1980s he began making appearances in such low-budget horror films as John Carpenter’s Prince of Darkness (1987), and he wrote songs for other such movies, notably “He’s Back” for Jason Lives: Friday the 13th Part VI (1986). Cooper continued touring, frequently with other heavy metal bands.

Cooper’s notable later albums included Hey Stoopid (1991), The Last Temptation (1994), Dragontown (2001), Dirty Diamonds (2005), Along Came a Spider (2008; a concept album about a fictional serial killer), Welcome 2 My Nightmare (2011), and Paranormal (2017). He also appeared as himself in the movies Wayne’s World (1992) and Tim Burton’s Dark Shadows (2012) as well as in a 2001 episode of That ’70s Show. In addition, he portrayed the title character’s father in Freddy’s Dead: The Final Nightmare (1991). His syndicated radio show, Nights with Alice Cooper, debuted in 2004. In 2018 Cooper earned praise for his portrayal of Herod in the televised Jesus Christ Superstar Live in Concert.

He was the subject of the biographical documentary Super Duper Alice Cooper(2014). In 2011 he was inducted into the Rock and Roll Hall of Fame as a member of the band Alice Cooper. 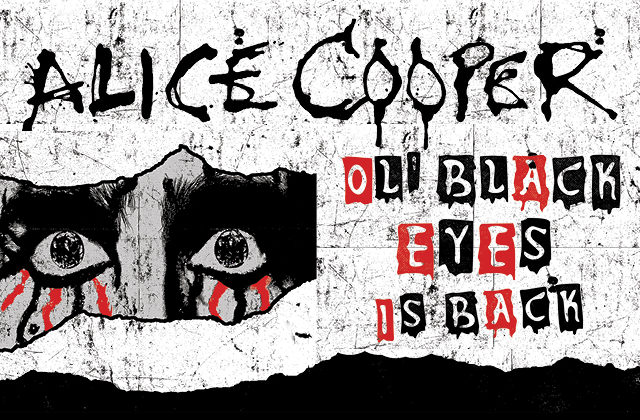