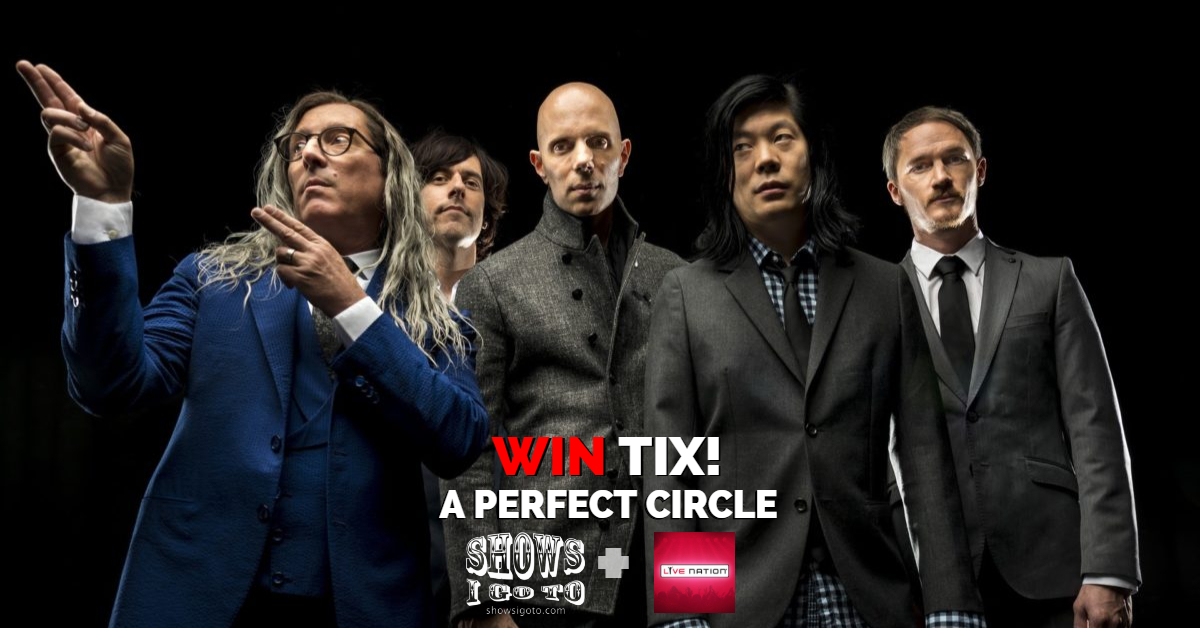 A Perfect Circle has announced an October 30th performance at CFE Arena.

The band released their new album, Eat The Elephant, on Friday via BMG. The collection is the outfit’s first new album in 14 years and one that found widespread praise with Rolling Stone saying of the 12-track album, “Eat the Elephant is a moody, sensitive portrait of a band that decided to grow up and make a record that reflects where they are now as artists rather than trying to recapture the past,” the Los Angeles Times adding, “At times tense and minimal, at others ringing with anthemic rock choruses, the record is as sturdy and confident as any recent big-league rock effort” and Consequence of Sound declaring, “Eat the Elephant is the kind of reunion record that most bands would kill for.

Tickets are available this Friday at 10:00 a.m. through Ticketmaster.com, Ticketmaster outlets, by calling 800-745-3000 or at the CFE Arena Box Office.

The band performed on Jimmy Kimmel Live.  Check out their performance of the new tune “TalkTalk” here:

The band’s lineup has seen some rotations over the years outside of Billy and MJK, but thankfully guitarist James Iha of Smashing Pumpkin’s fame returned for this album.  Unfortunately, he isn’t currently touring, but Greg Edwards of Failure and Autolux is stepping in to cover for him.

Rounding out the lineup are bassist Matt McJunkins and drummer Jeff Freidl. I’ve seen them both perform with Maynard’s other side project Puscifer, as well as with APC last year at Rockville.  McJunkins also jams occasionally with Eagles of Death Metal, and he and Freidl are both in the band The Beta Machine, who are also supporting their recent albums’s release by opening for APC. A double duty tour for a monster rhythm section.

Thank you to Tomkos Tavern for sponsoring this giveaway!

Want to WIN 2 TICKETS to A Perfect Circle in Orlando, FL on Tuesday, October 30, 2018?! There are several ways to enter!*

ORLANDO — this one’s for U? — Tag a friend & both follow @showsigoto to WIN 2 TIX to @aperfectcircle at the @cfearena Tuesday, October 30th! ? Winners selected Monday, October 29th @ 4:20pm! S/o to @tomkostavern for sponsoring this giveaway! ?

Thank you to Tomkos Tavern for sponsoring this giveaway!